Everyone remembers their first car.

Everyone remembers their first car. The red Ford Focus wasn’t my first car, but it was my first brand new car. Mom and I picked it out at a Ford dealership in Wisconsin, where my uncle worked, almost 11 years ago now. It was summer, and I had a weekend off from the summer camp where I worked. I met Mom at the Ford place, and I could barely believe she was really going to buy me a new car. And I was going to get to decide which one I wanted! I kept thinking I wanted a red car. Maybe a Mustang. Or a Volkswagon Bug. Or a cute little car…

Mom and Dad always had given me cars to drive and get around in since I had gotten my driver’s license when I was 16. First I drove about in the little white Ford Escort, which they had owned for several years. In college, it was beginning to rust around its edges and struggle up hills in town.

Then, they surprised me one day by meeting me near college with a used brown 80s Cutlass Ciera for me to drive, which had a gigantic trunk and big backseat, and AM/FM radio. That got me around pretty well for a few years.

But I still hoped someday, maybe, I could get a new car. I’d just graduated from college. A few months later, my dad suddenly passed away, after many years of battling heart disease. He used to like taking drives on a weekend afternoon. I think it relaxed him. He didn’t often own a new car, but he drove whichever car we owned at the time. And we sure did take a lot of family road trips with our cars around the U.S.!

One day later that year, Mom said it was time for me to get a new car. She was going to get a new car also. Both of our cars had many years and miles on them, and they were starting to have mechanical issues.

So I met her at the Ford dealership. I tried driving a couple different cars. But when I drove the Focus, I knew it was just the right car for me. Later we installed a sunroof, which I opened as much as possible in the summer! 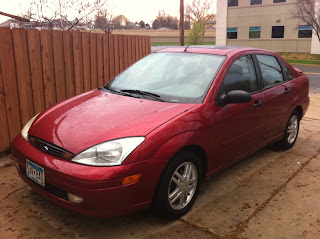 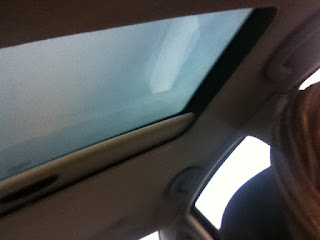 I had that Focus for almost 11 years. It got me around the Twin Cities and Rochester, down to Chicago, through Iowa and down to Missouri, up north to the lakes, through many cities, home from college, and on to many adventures. 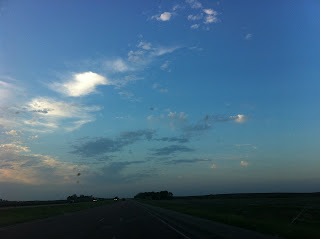 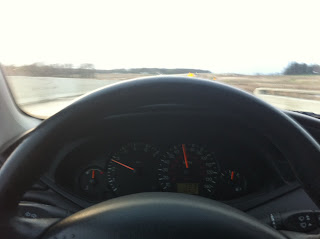 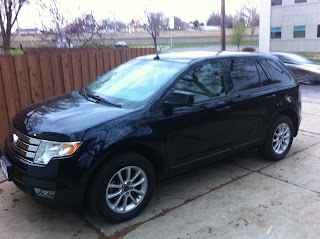 Now it was time for a new car. I saw an ad for my new car, the Ford Edge, online one day... I went and checked it out, and drove home with it later that week.

Leaving my Ford Focus with the dealer, I thought of all the places it had taken me, of my dog sticking his head out the window, of getting lost in neighborhoods and finding my way about some of the big cities I’d lived in, and of always finding my way back where I belonged. I’ll miss that Ford Focus – it was a good car.

Time for a new adventure. Hello, my new (used) Ford Edge! Let’s take off on the highways and explore!
Posted by Alison at 8:09 PM