Walking around 50th and France, a popular neighborhood in Edina, Minn., just south of Minneapolis, is a bit like looking back to what many neighborhoods may have looked like in Minneapolis years ago. 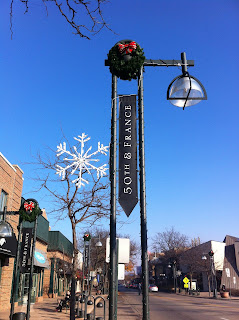 There’s the corner drug store (Walgreen’s) just off the corner, a grocery store a couple blocks down the street, a post office nearby, coffee shops, restaurants, boutiques and more. Quaint neighborhoods surround the area.

The Edina Cinema, which draws passersby in by the enticing smell of the popcorn outside, shows independent films. 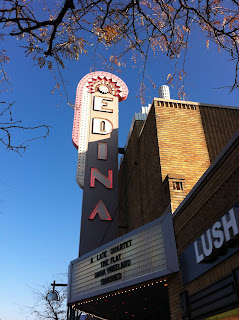 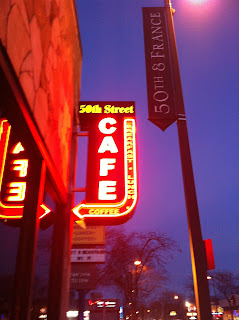 The restaurant previously located in this building, Pearson’s Edina Restaurant, had a long history of offering dining to locals and visitors.

Phil Pearson, a manager at 50th Street Cafe, has grown up in the restaurant business. His family owned Pearson's Edina Restaurant, until it closed in 2011. Pearson's was well known for its Scandinavian home cooking. People made a point to come for Swedish meatballs or even lutefisk!

At the 50th Street Cafe, Phil has carried on some of Pearson’s Restaurant’s popular items, including the Pearson’s Big Burger and the original pancakes. His three-year-old daughter calls the restaurant “Daddy’s Pancakes.”


And the pancakes are excellent! I had apple streusel pancakes, although the pineapple upside-down pancakes looked quite tempting too! 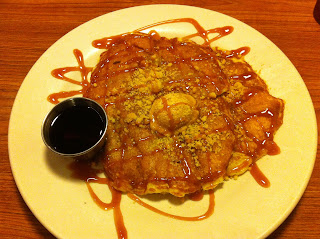 After filling up on pancakes, my friend Melissa and I set off to explore the neighborhood. It was a great day to walk around the area; it was an unusually warm, sunny day in November.

We popped in several shops. One store, Gather, had many Christmas items and other gift items to choose from. And they even had cookies and apple cider for guests who stopped in the store! 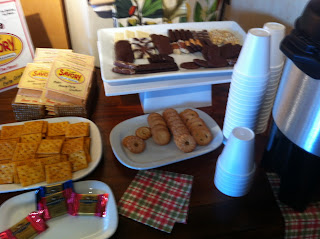 We took a peek in the Edina Creamery, known for its variety of ice cream. 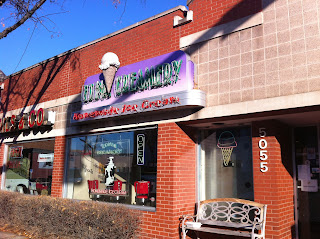 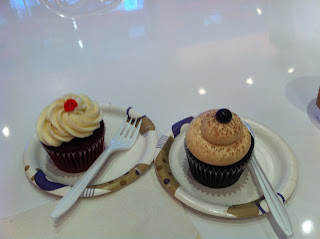 But, we couldn’t resist going into the Sweet Retreat Cupcake Boutique and trying a cupcake. I had a mocha cupcake with coffee, and Melissa tried a red velvet cupcake. The variety of cupcakes and cake balls made it difficult to choose a cupcake. 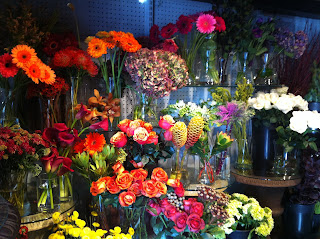 Our sense of smell was awakened as we arrived at Lush Fresh Handmade Cosmetics, a bath and body shop offering bath balls, shampoo bars, a variety of soaps, face masks, lotions and more. 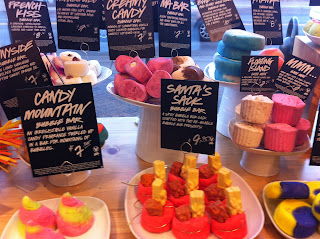 At Athleta, we admired the mix of athletic gear, pretty athletic tops, comfortable yoga pants, fashionable hoodies and sweaters, and more. The staff was very helpful about sizing and color options as I decided on a purchase.

On our way back, we stopped at the Pig and Fiddle, a pub in the back half of the building previously part of Pearson’s restaurant. The dark woodwork in the walls and ceiling remain, with a large stone fireplace along one wall, and creative paintings on the walls. 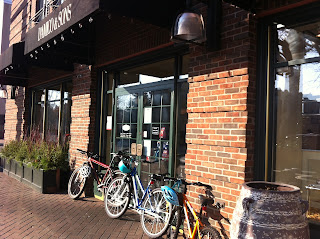