My Travel Mishap—When My Transport to the Airport Went Awry

I’ve traveled quite a bit. And I’ve had my share of unexpected adventures and travel mishaps, such as the time I almost ended up sleeping on a beach in Cinque Terre after a hotel cancelled our reservation, or the time I exited off the train at the wrong train station in Genoa… But it was time for another travel mishap.

I recently took a trip to Canada (see more blog posts coming soon!). I live about an hour from a large airport, so I often pay for an airport shuttle to take me to the airport.

So, recently, on an early Saturday morning, I asked a friend if she could drop me off with my suitcase, backpack and travel bag at the hotel in town, where the shuttle would pick me up. The shuttle — a  large white passenger van — arrived. The driver glanced at me and the other guy who was getting on the shuttle, and loaded our suitcases. He glanced at his clipboard and said he had two of us to pick up, and then we were on our way.

About five minutes later, I got a call on my cell phone. “This is --- Shuttle Service, and we’re waiting for you at the --- Hotel.”

I suddenly realized I had made a mistake. I was on the wrong shuttle, with a different shuttle company. Oh no! “Can you take me back to the hotel so the shuttle can pick me up?” I asked the driver. He said no, he wasn’t going to stop back at the hotel and he had to get to the airport. “Can you wait for me? Can you pick me up somewhere else?” I asked the woman on the phone from the other shuttle service. She said no, and they couldn’t wait.

So then, the driver of my shuttle said he’d drop me off at another hotel in town near where we he was driving. I said I’d just get out there, feeling rather frustrated. I got out of the van, took my backpack and walked around to the back of the van. “Can I just get my bag?” I asked the driver. He walked away, hopped in the van, closed his door and began to drive away. With my suitcase in the back of the van!

I began running after the shuttle, waving my hands, yelling, “Stop! Stop! My suitcase! Stop! Wait!” I ran through the parking lot of the hotel and across the McDonald’s parking lot next door. But it was no use. The driver and the van were way ahead of me on the busy street, and headed back to the highway.

I stood in the McDonald’s parking lot, dug out my phone, and searched for the shuttle service on the Internet. I called and got a voicemail message, so I left a frantic message explaining the driver took off with my suitcase and I needed it.

Then I called my friend Marissa, who had given me a ride to the hotel. I anxiously said, “Marissa, I-got-on-the-wrong-shuttle-and-now-I’m-at-McDonald’s-cause-he-drove-off-and-has-my-bag-and-have-to-get-to-airport-and-need-my-suitcase-and-what-am-I-going-to-do????!!!!”

She calmly said, ”We’ll get a hold of the shuttle company. I’ll be right there. You’ve got a ride to the airport.”

I tried the shuttle service number again, and got a real person. He tracked down the number of the shuttle driver. I got a hold of the driver on his cell phone, and we made plans to meet and get my suitcase near the airport.

Marissa picked me up in the McDonald's parking lot, in her little Beetle. 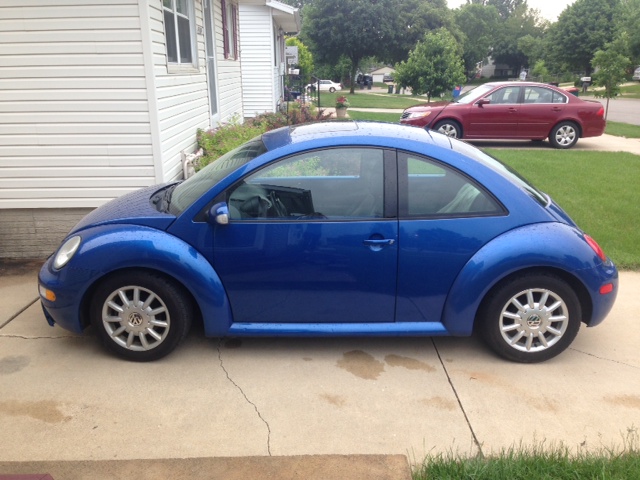 I began to breathe normally and calm down on the ride up to the airport. I knew everything was going to work out. Marissa drove me all the way there, and she made sure I got there to make it on time for my flight. I was very appreciative!

I eventually reunited with my bag just before arriving at the airport. 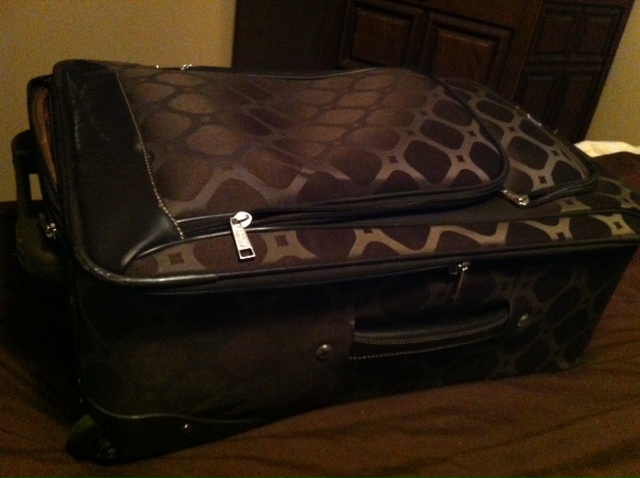 I arrived at my gate at the airport, after dropping my suitcase off safely at the baggage drop-off, less than two hours after I had first been dropped off at the hotel. I was still a bit breathless, but relieved. I’d made it to the gate on time, and I was on my way to Toronto.

Oh my goodness! I can't even imagine how frantic you must have been!!! Good thing for good friends to the rescue!

Yes I was a bit frantic! Lots of unplanned excitement before even leaving town! :)

Not a good way to start off a trip, glad it all worked out though. It must have been stressful.