I’m not always a solo traveler. But, earlier this summer, after a few friends I’d traveled with previously weren’t able to join me, I found myself without a travel buddy to set off on a trip through Canada with me. So I decided to travel alone to our neighboring country to the north, to explore Ontario and Quebec. After a bit of a travel mishap leaving Minnesota, I was on my way to my Canadian adventure!

Throughout the trip in Canada, I met many new people in restaurants, cafes, visitor centers, airports or walking about towns. Traveling alone, I think, doesn’t need to be lonely. Instead, it made me more aware and observant about the area and more purposeful about meeting new people. It also gave me time to reflect and write about my experiences.

To begin the trip, I drove from Toronto to Niagara Falls (read about my experiences!), where I’d arranged to meet good friends for a couple days.

Later on in the trip, I drove to Montreal, just me, my rental car, some Tim Horton’s donuts and coffee, and the open road.

Driving to Montreal was very pretty­—it’s close to Lake Ontario and the St. Lawrence River and has pretty views of the water along the way. I kept seeing signs for “Bridge to the United States” and thought about stopping over in New York, but I’ll save that for another trip.

Every so often, I followed signs for small towns off the highway, just to see what local towns were like. Brighton, for example, had a lovely waterfront, quaint churches and a classic old downtown area. 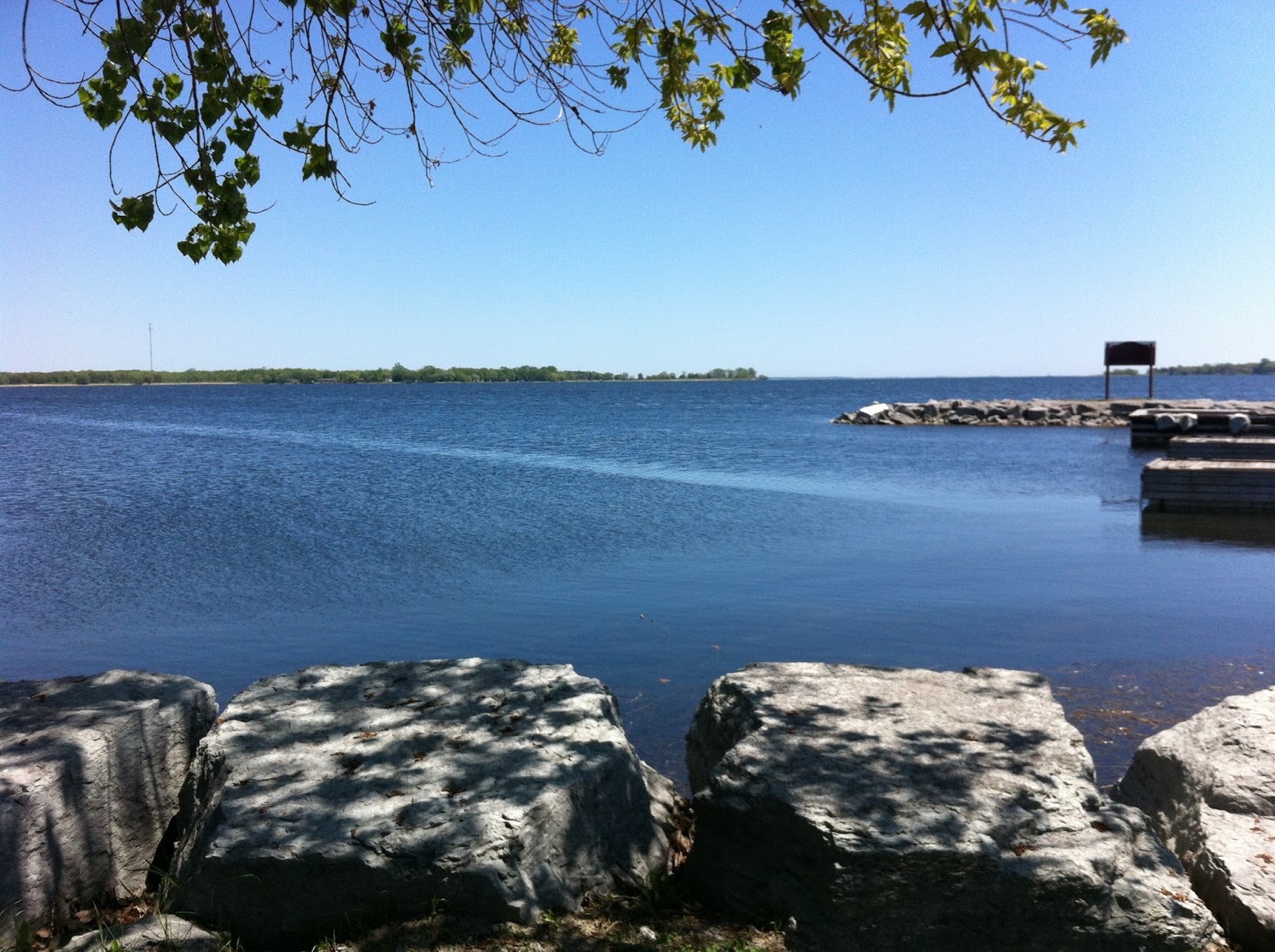 Being in the car alone can get to be a bit tiring and quiet. But sometimes I really appreciate the time to have some quietness and time to think, and just appreciate the scenery, noticing interesting town names and observing details of towns.

At the end of a long day of traveling in the car, I arrived on the outskirts of Montreal. After carefully following directions to my hotel downtown, and driving through busy traffic, I arrived at last. I’d planned to stay near Vieux Montreal (old Montreal), as I had read about the area and wanted to explore it. Find out more about Montreal here. 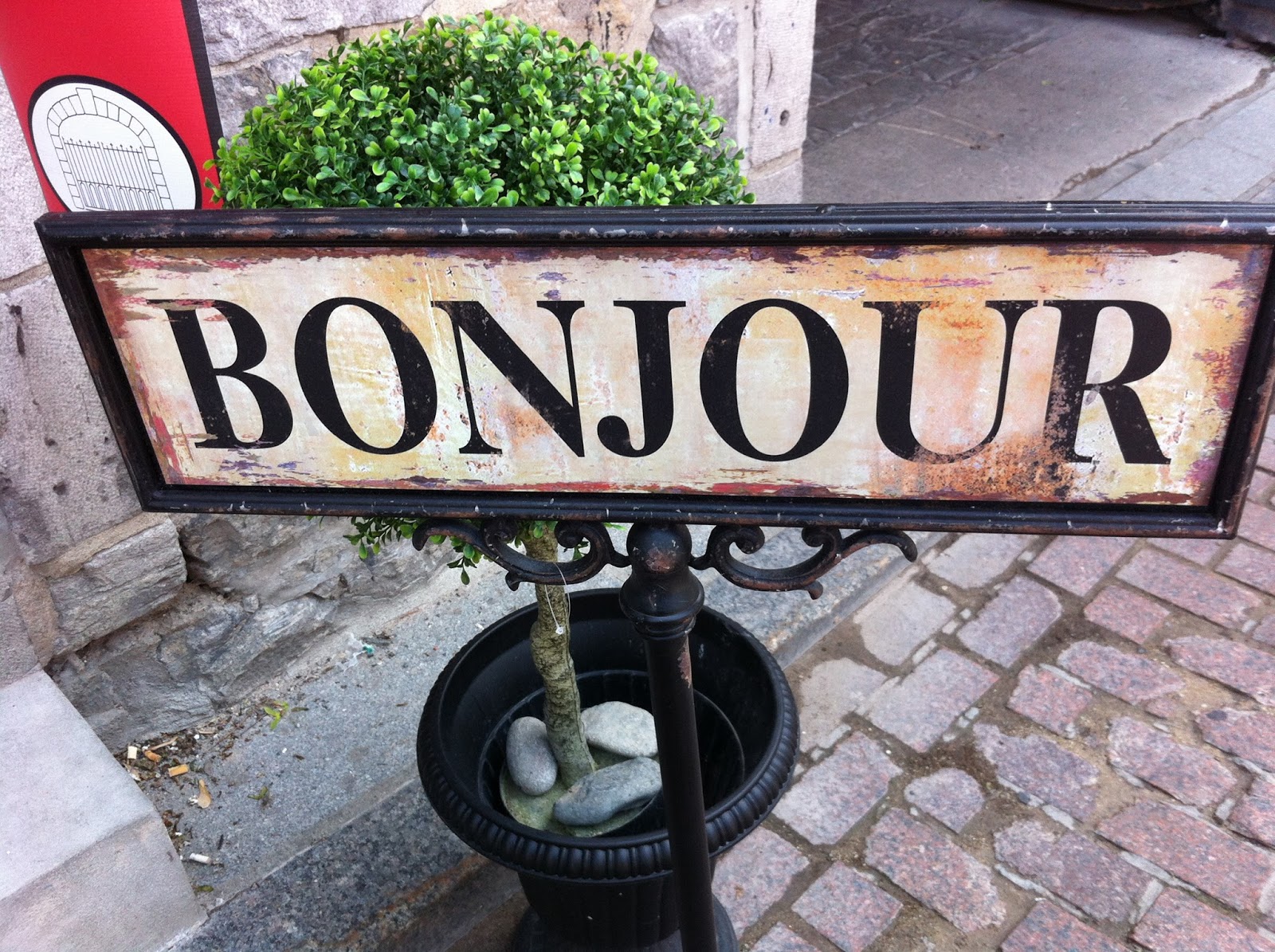 So after getting settled in my hotel, I walked outside to explore and find the old downtown area. After following some streets nearby, I found an area of cobblestone streets, old stately buildings and narrow pedestrian streets. 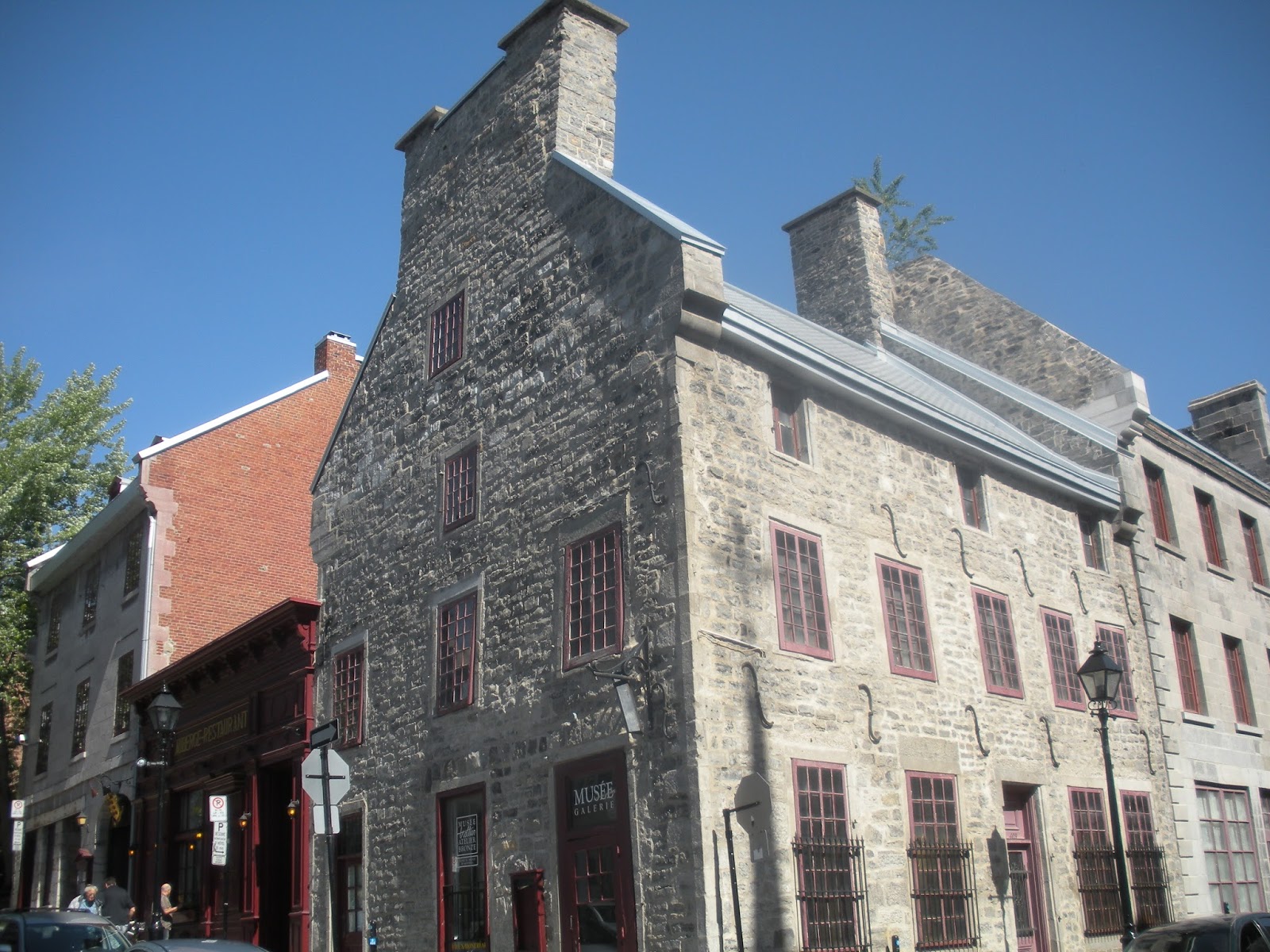 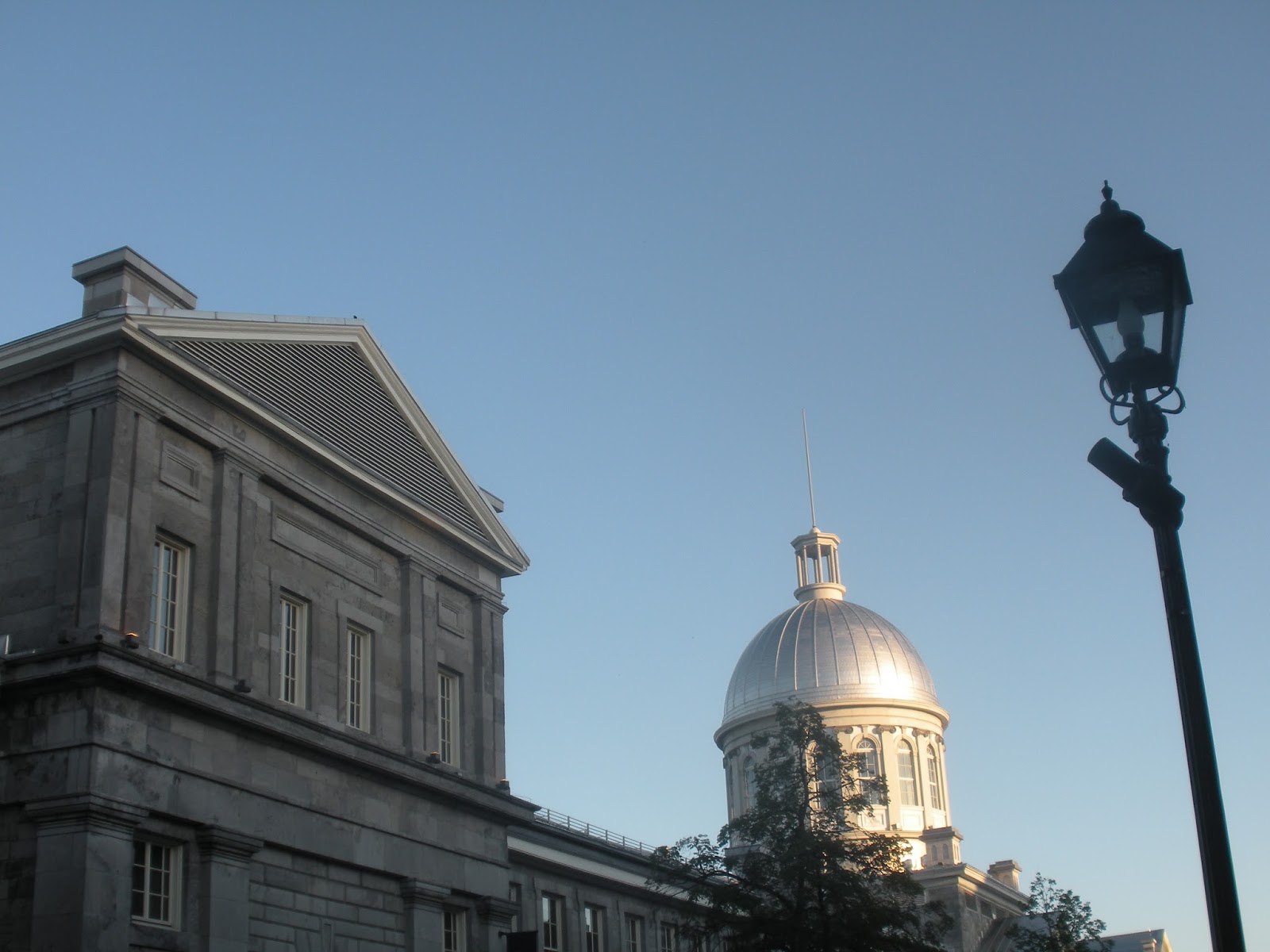 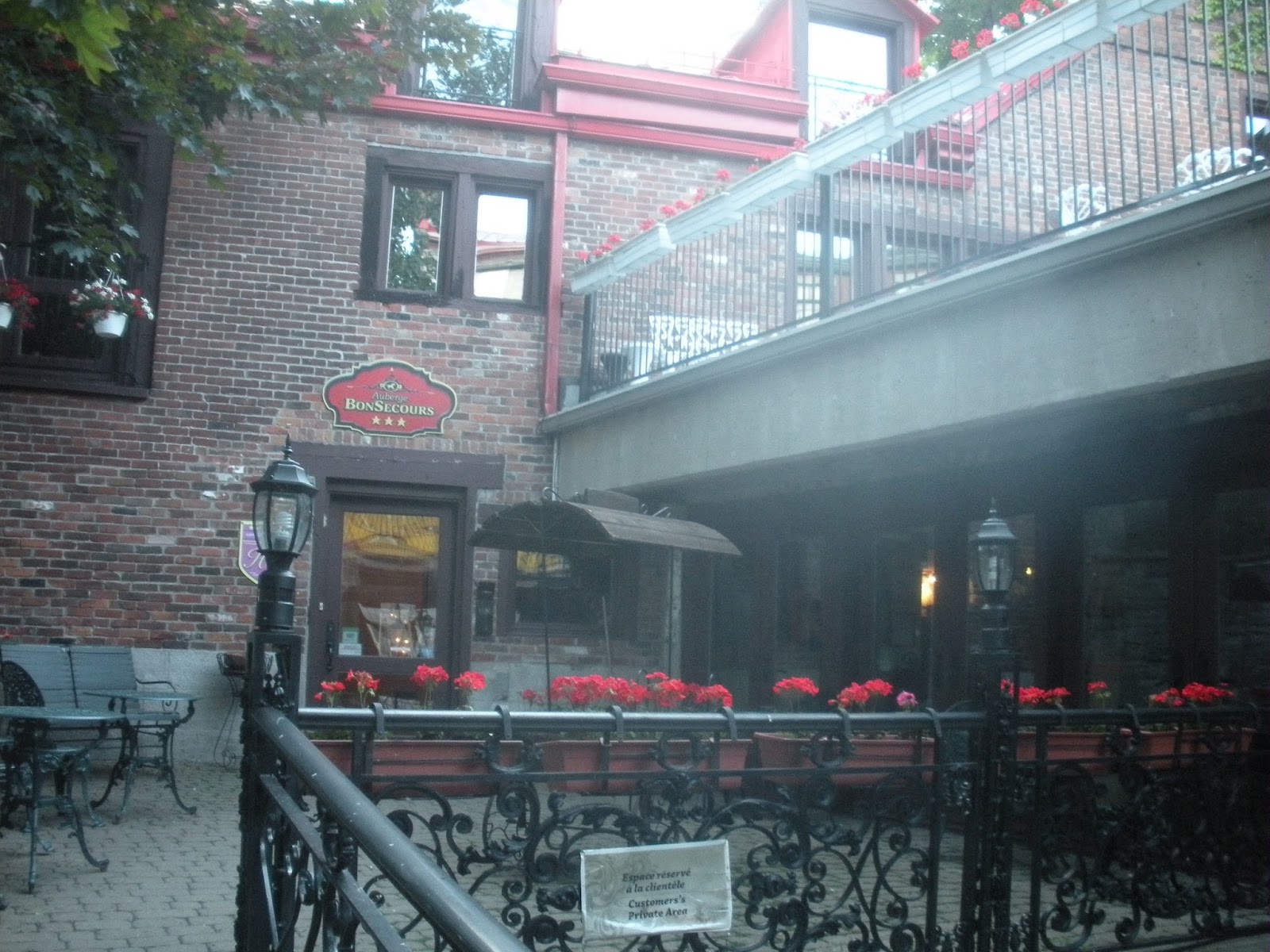 I followed the road until I walked into a large open pedestrian street, lined with restaurants with terraces.

I chose a restaurant with some great French cuisine. I had a crepe, a glass of wine, and finished it off with a cappuccino. I happily remembered enough French to understand some of the menu, but I was relieved it had English translations. My server also spoke both English and French, which I appreciated. My French had definitely faded from lack of use over the years, but I hope to relearn more French! 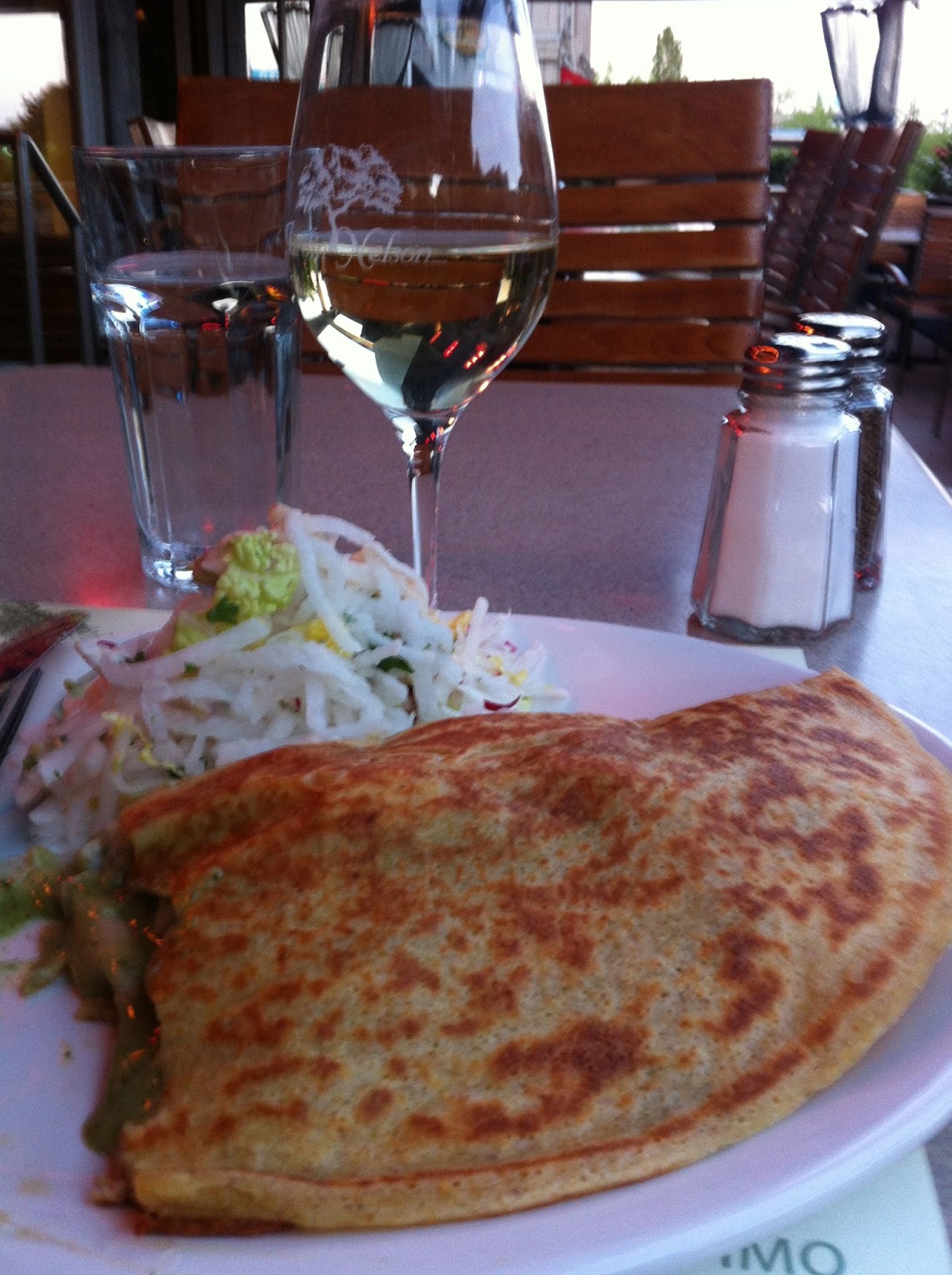 While I sat, street musicians played music out on the street, a woman walked around selling long-stemmed red roses, and people milled about on the street. The sun was beginning to set, and the restaurants’ outdoor lights began to turn on and give the street a glow. The area—the atmosphere, food, language, culture, architecture—reminded me of Paris, where I’ve been a few times. 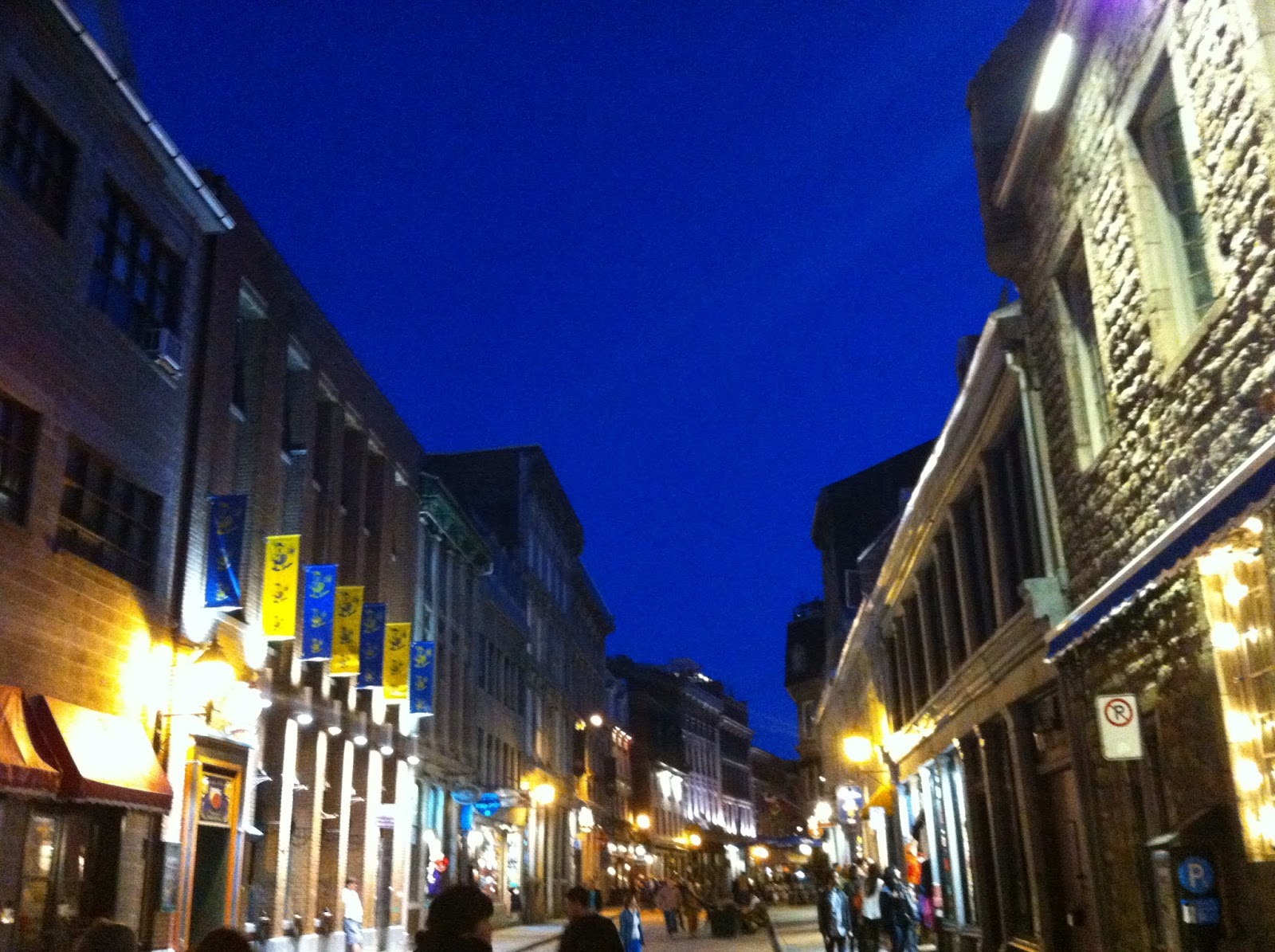 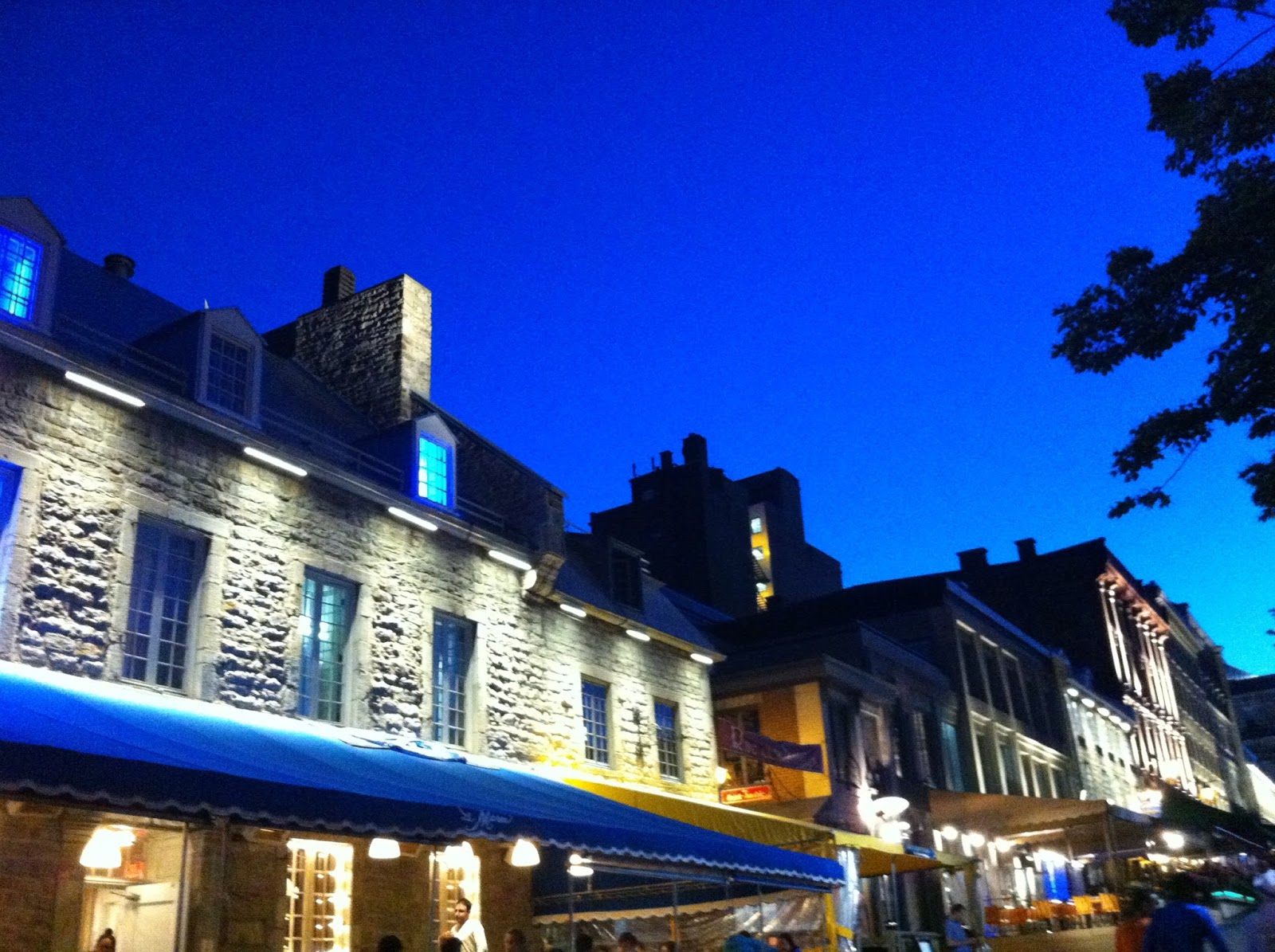 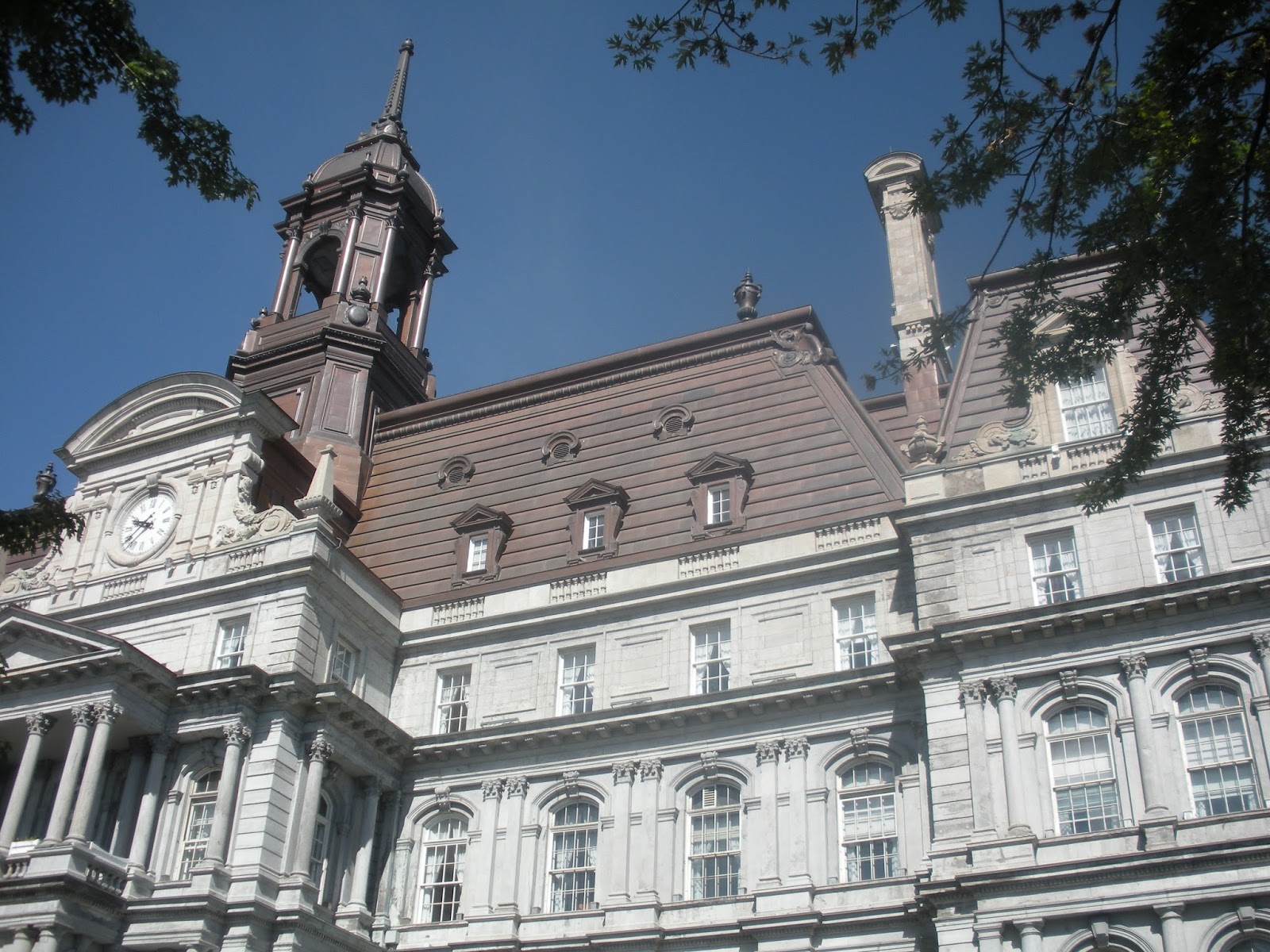 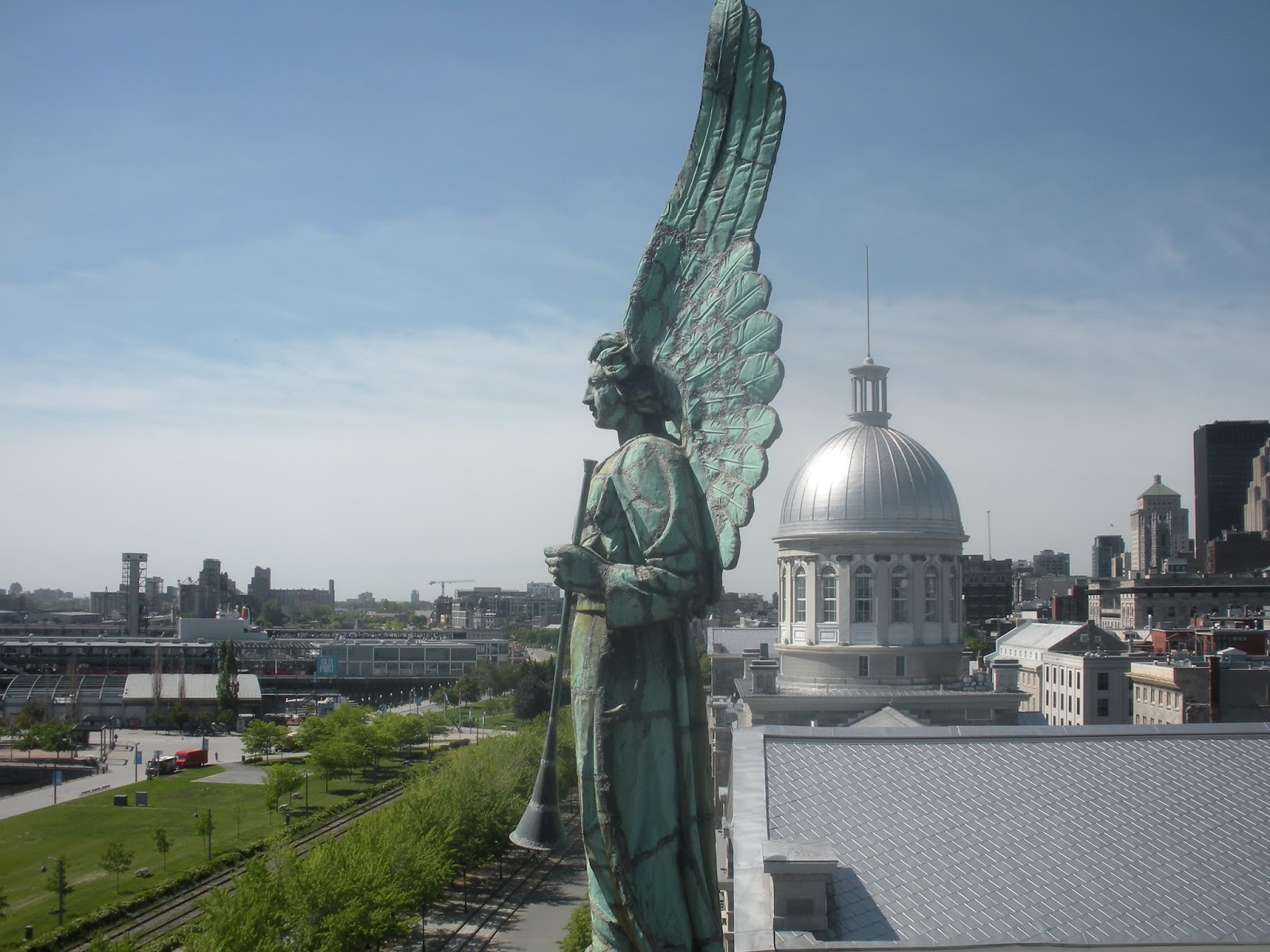 I didn’t have much time in Montreal, as I had planned to travel to Quebec City next. But it was an interesting city, and I recommend visiting it--especially Vieux Montreal--when you visit Quebec! And I’ll write more about Quebec City soon!

I stumbled across your blog by chance on Twitter. Great photos! I actually visited Montreal myself for the first time a few weeks ago and loved it! I didn't have the chance to make it to Quebec but that's next on my list :)

Road trip are really exciting and especially when it comes to Niagara Falls, previous year during summer season we had a road trip from Buffalo airport to Niagara Falls, it was a nice trip and we really enjoyed the landscape and the nature's beauty.