After arriving in India, we thankfully saw the representative from the travel company holding a sign with our names at the airport. He led us to our car, and we met our driver who would be driving us around northern India during our trip.

Hiring a car and driver was one of the best decisions I made for the trip. I’d highly recommend that anyone who is traveling to India hire a driver and car for the duration of your trip.

It made our travels around so much easier, as we didn’t have to worry about how to get places, where places were located, where the trains or buses were located, etc. Our driver picked us up and dropped us off at all the sites and places we went, and we knew our car would always be waiting for us when we were finished visiting each place.

Our first day driving through Delhi, I noticed the hundreds of auto rickshaws in the road, yellow and orange vehicles just a bit bigger than a motorcycle, which I saw carry as many as four or five people. 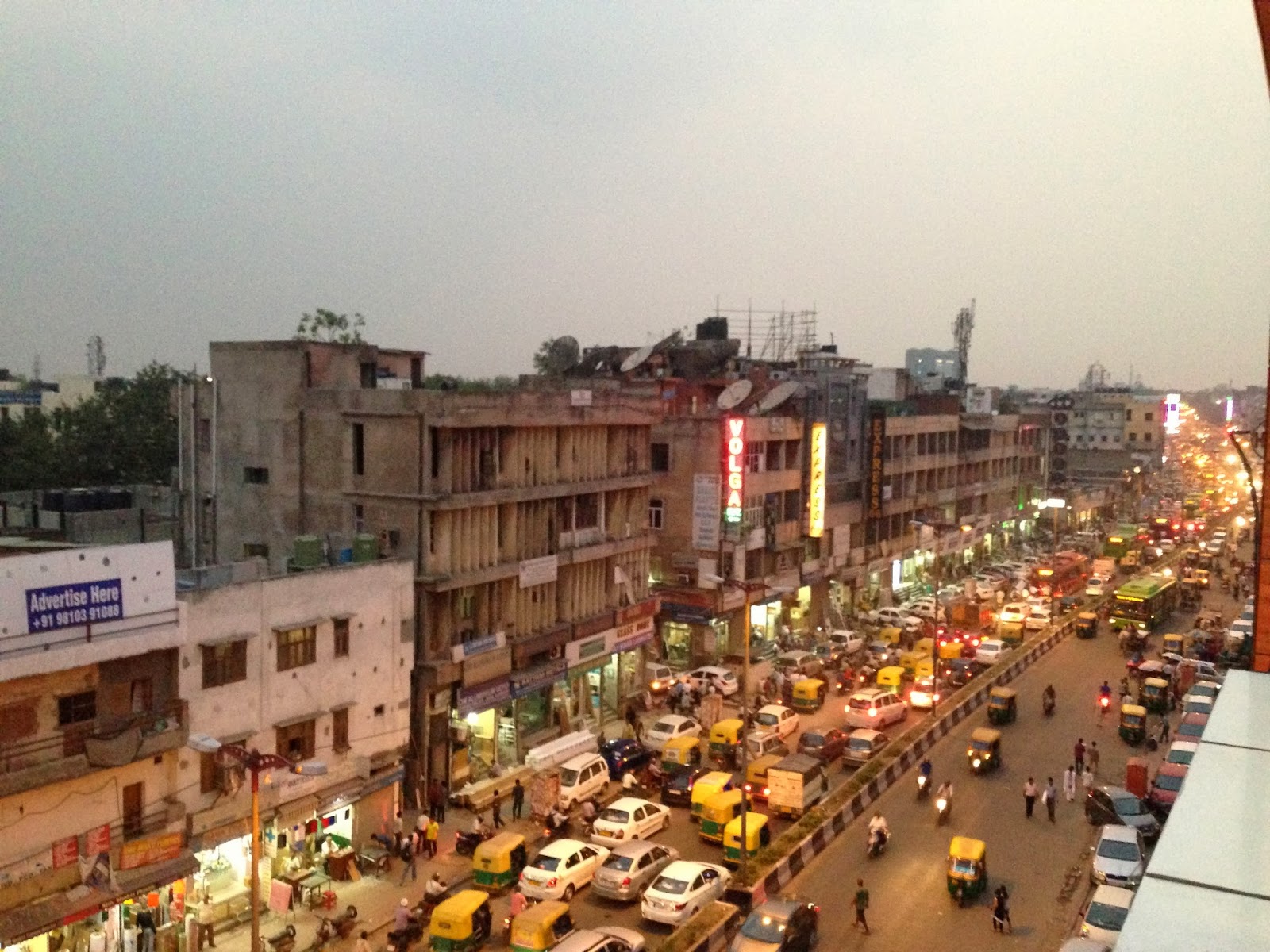 Motorcyles darted in and out of traffic, often with families of three or four on a bike- a 3 or 4 year old in front, with the father driving, the mother sitting sideways behind him, sometimes holding a small child. Sometimes the  motorcyclists carried huge bags or even animals! I saw very few people wearing helmets during my travels in India. 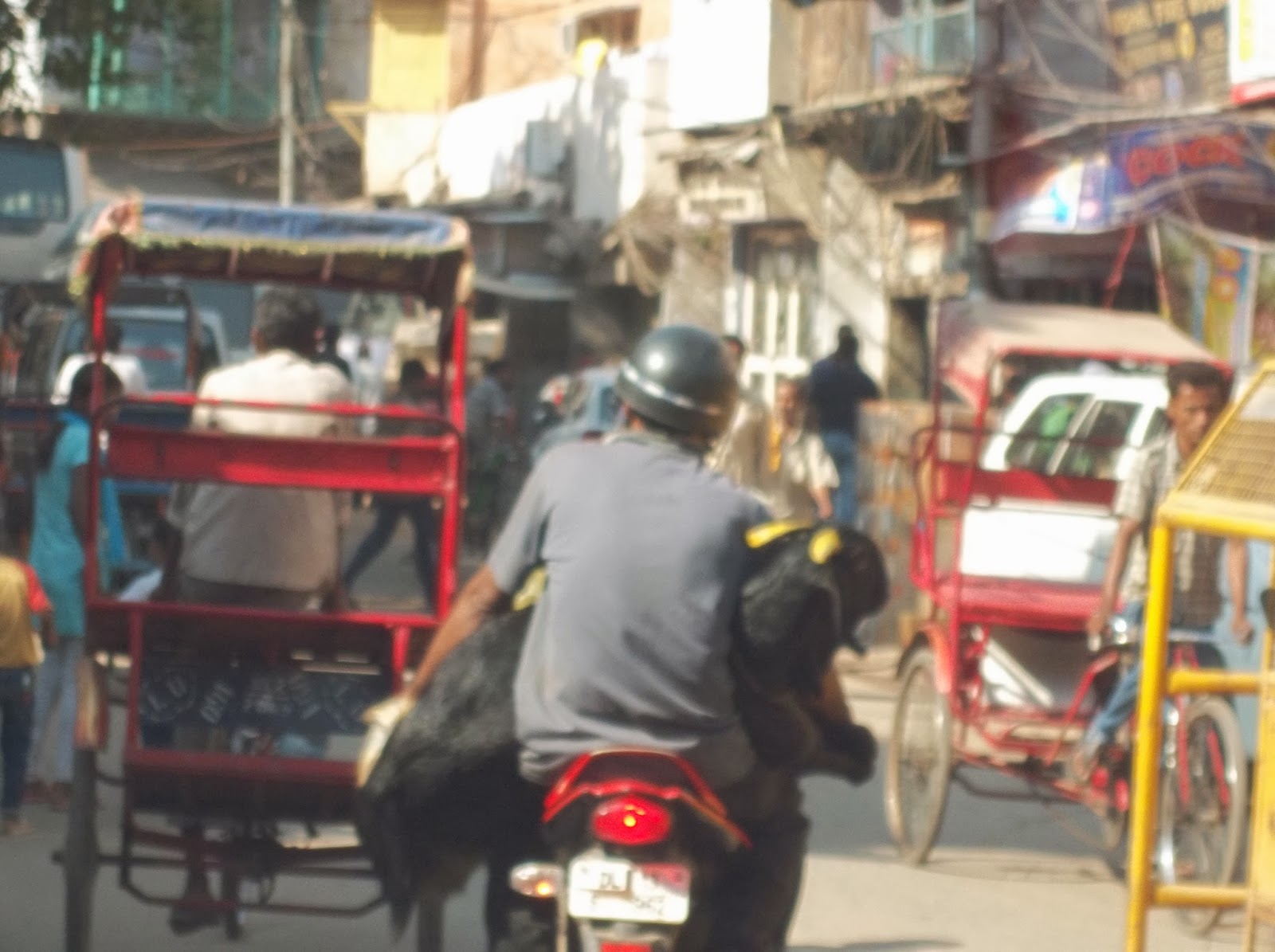 During our time traveling to Agra and Jaipur, we would see buses filled with people, with 20 or 30 people sitting on top of the bus. Open trucks would drive by with several men standing in the truck bed in back. We would drive past colorful tractors and trucks, camels pulling carts, bicycle rickshaws, auto rickshaws and more. People would honk as they passed, sometimes with a musical tune to the honk. 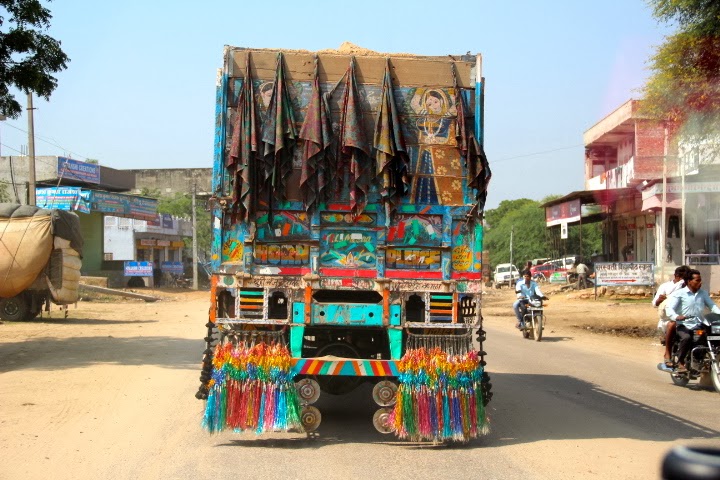 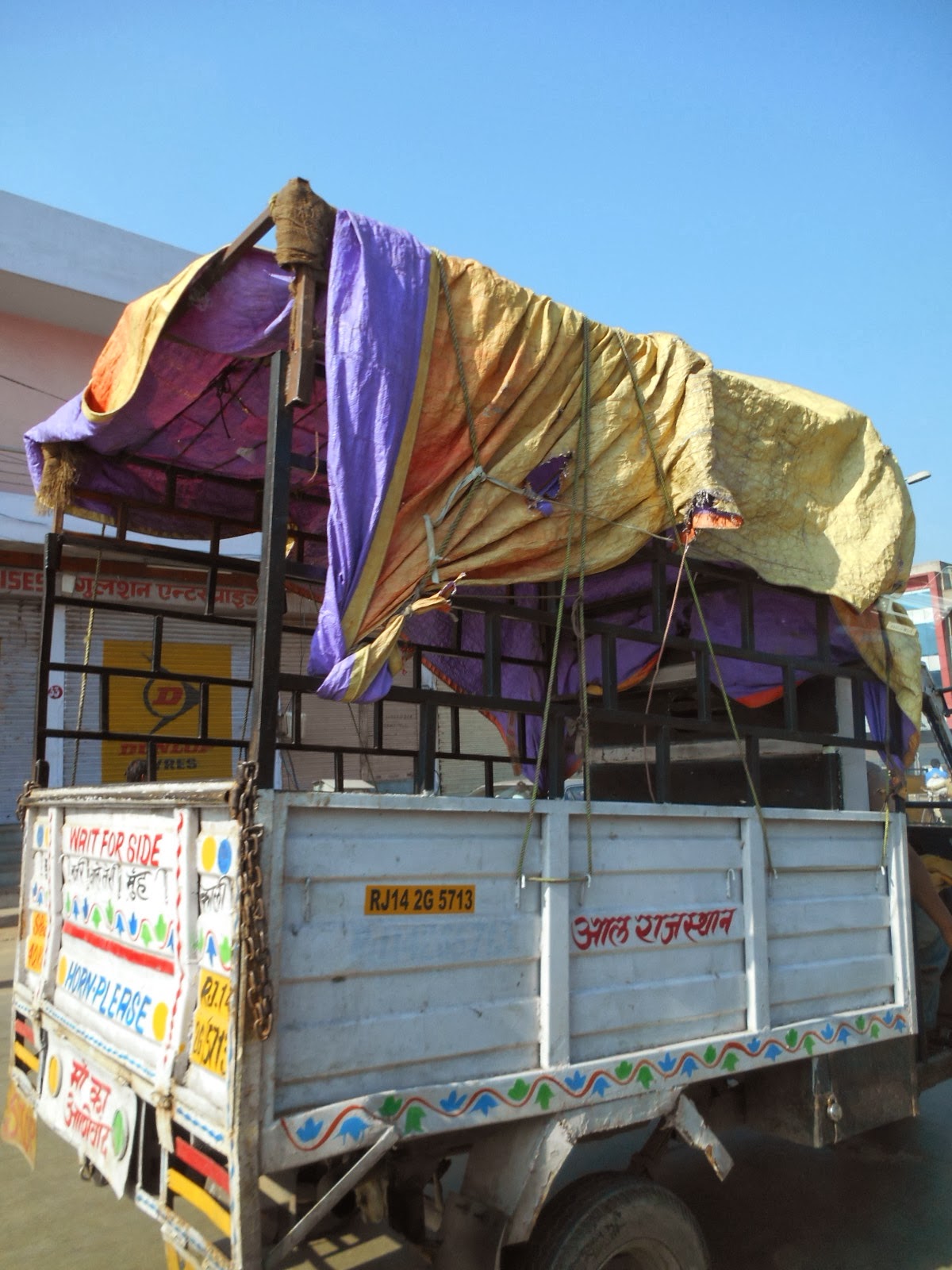 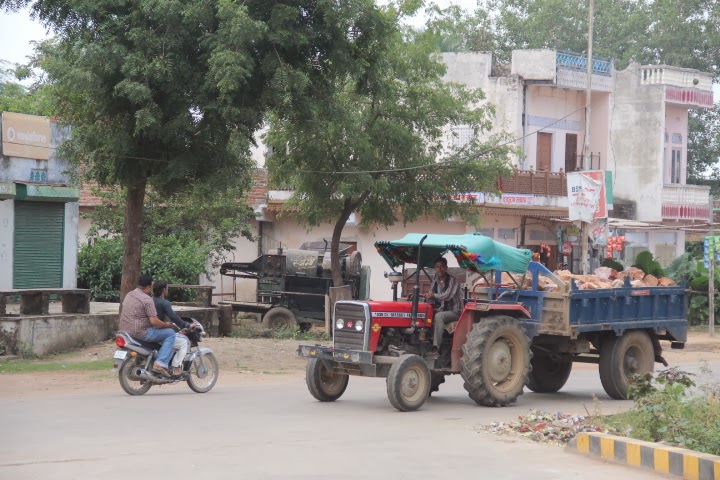 After we drove outside of modern Delhi, with the skyscrapers, IT buildings, call centers, and smooth paved highways, the countryside was very different. In the country, we drove on uneven washed out roads at times, with traffic that didn’t seem to follow any rules. 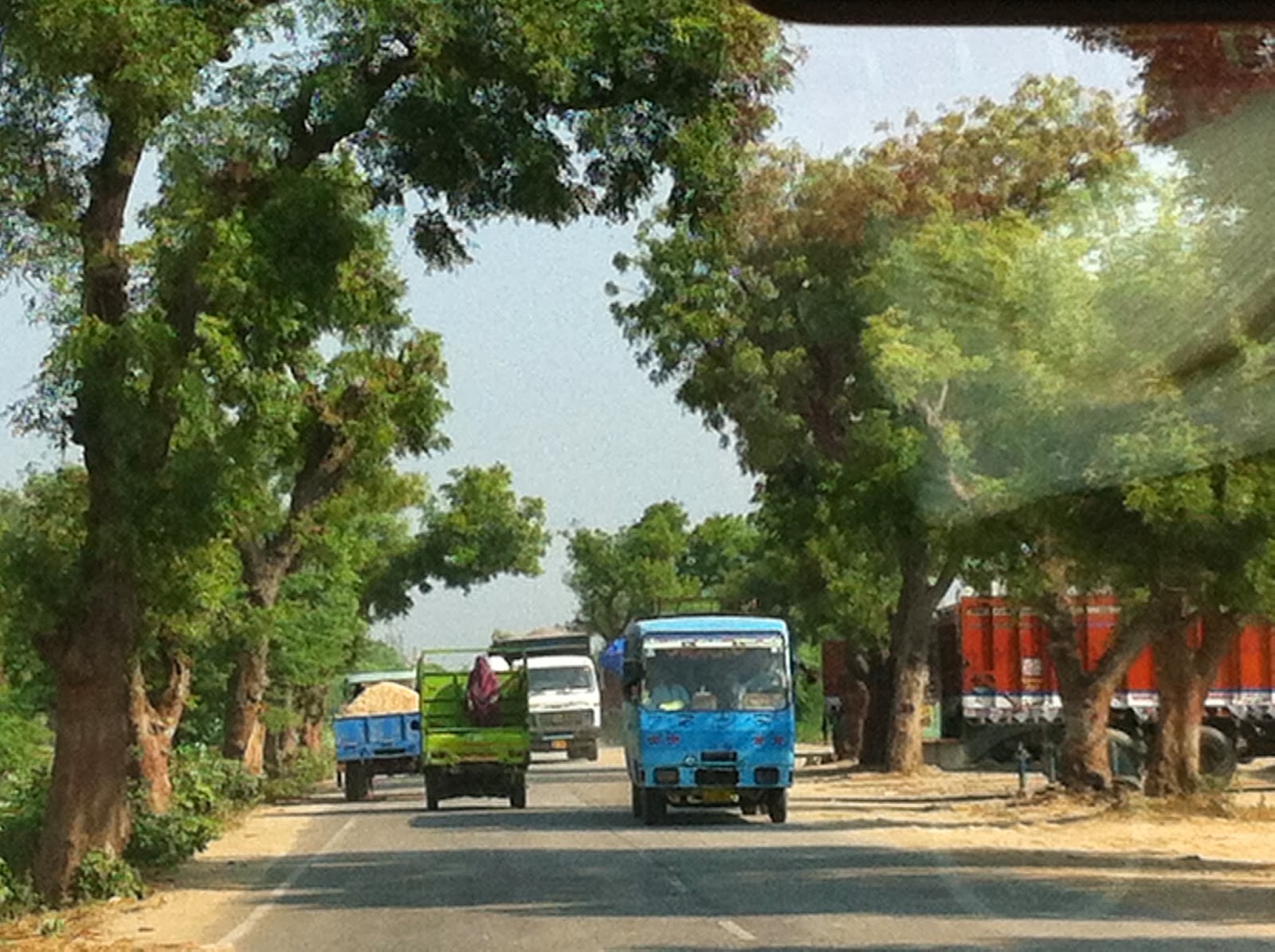 We drove through villages where we would see fruit and vegetable markets and people gathered. We drove past huts or shacks, and walking paths worn into the ground. In the villages, we would see pigs foraging in the piles of rubbish along the road, goats, cows sitting in the shade or sometime in the road, and stray dogs. 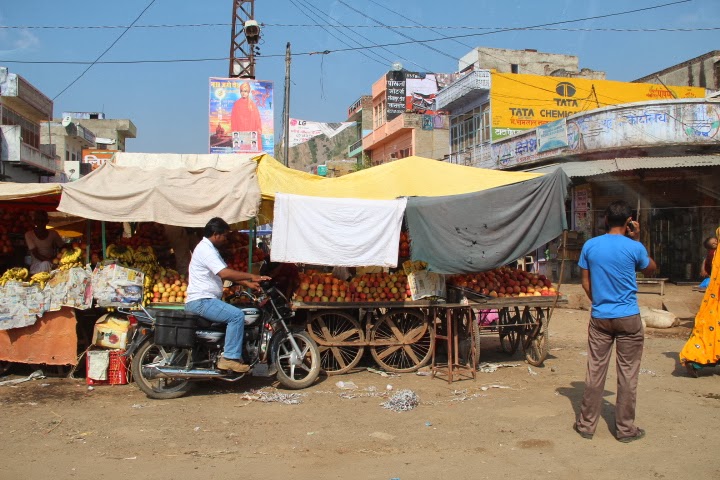 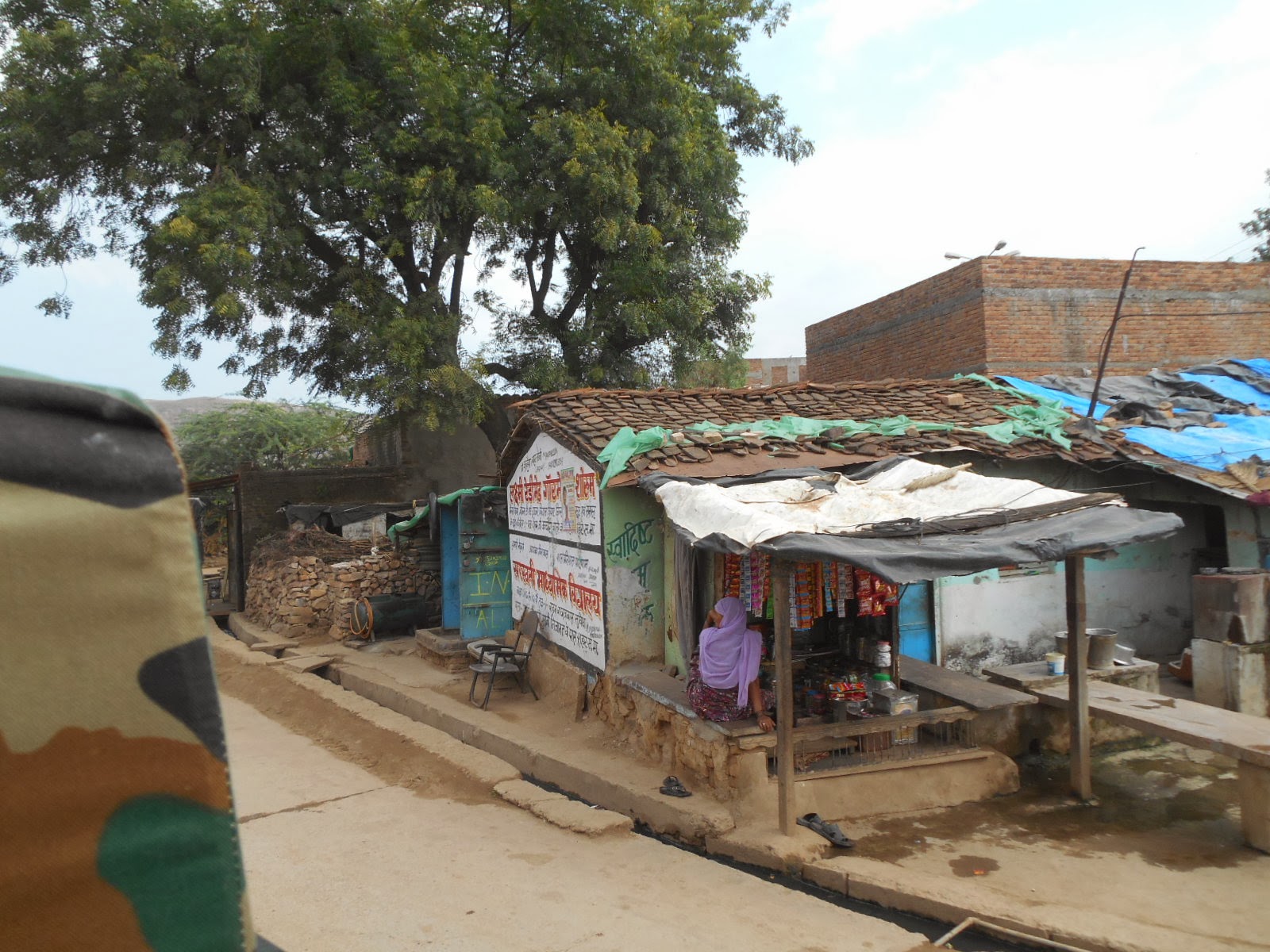 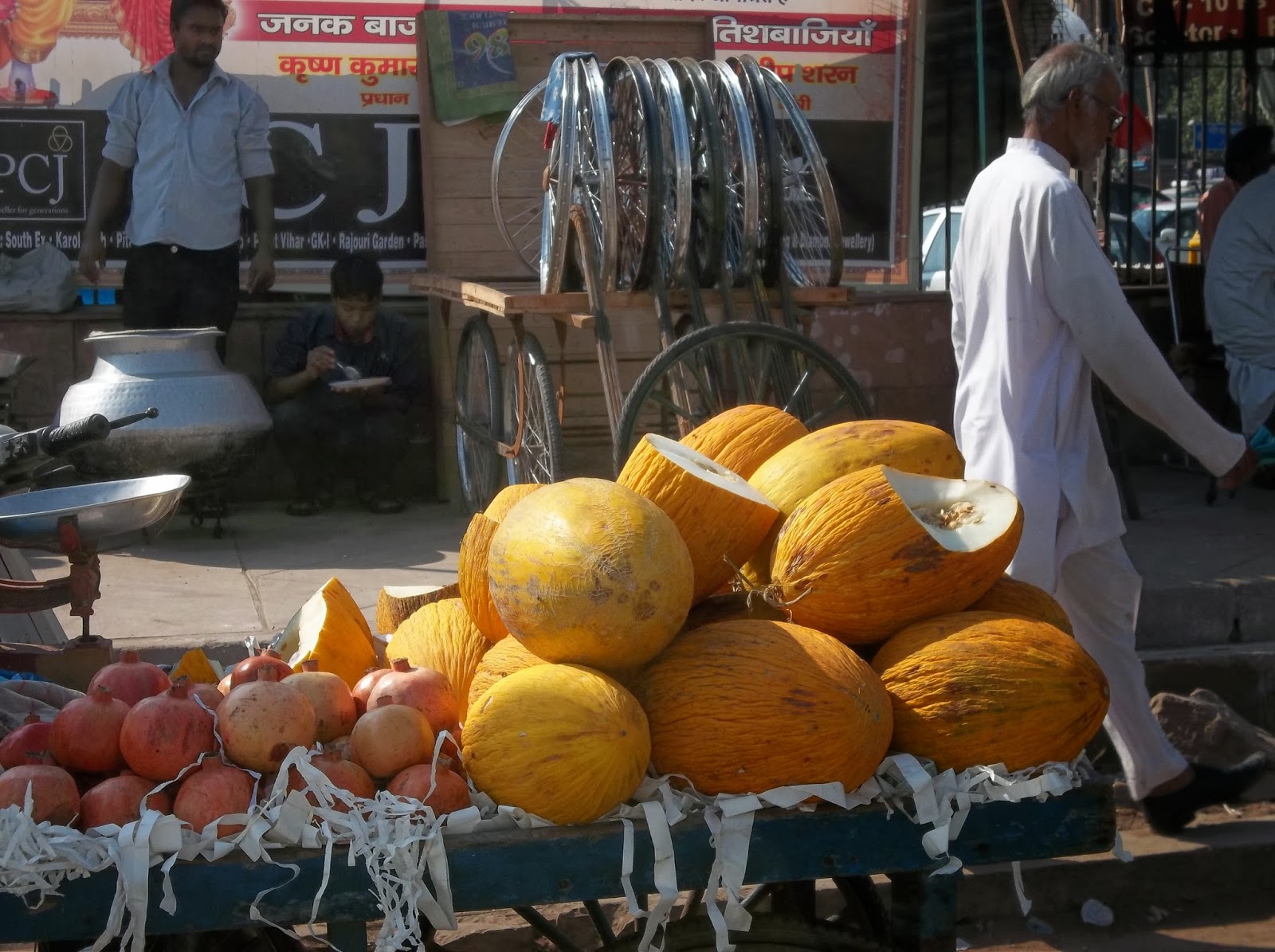 We drove through rice fields and other agriculture fields, and through the countryside, very different from the big, busy cities filled with people. 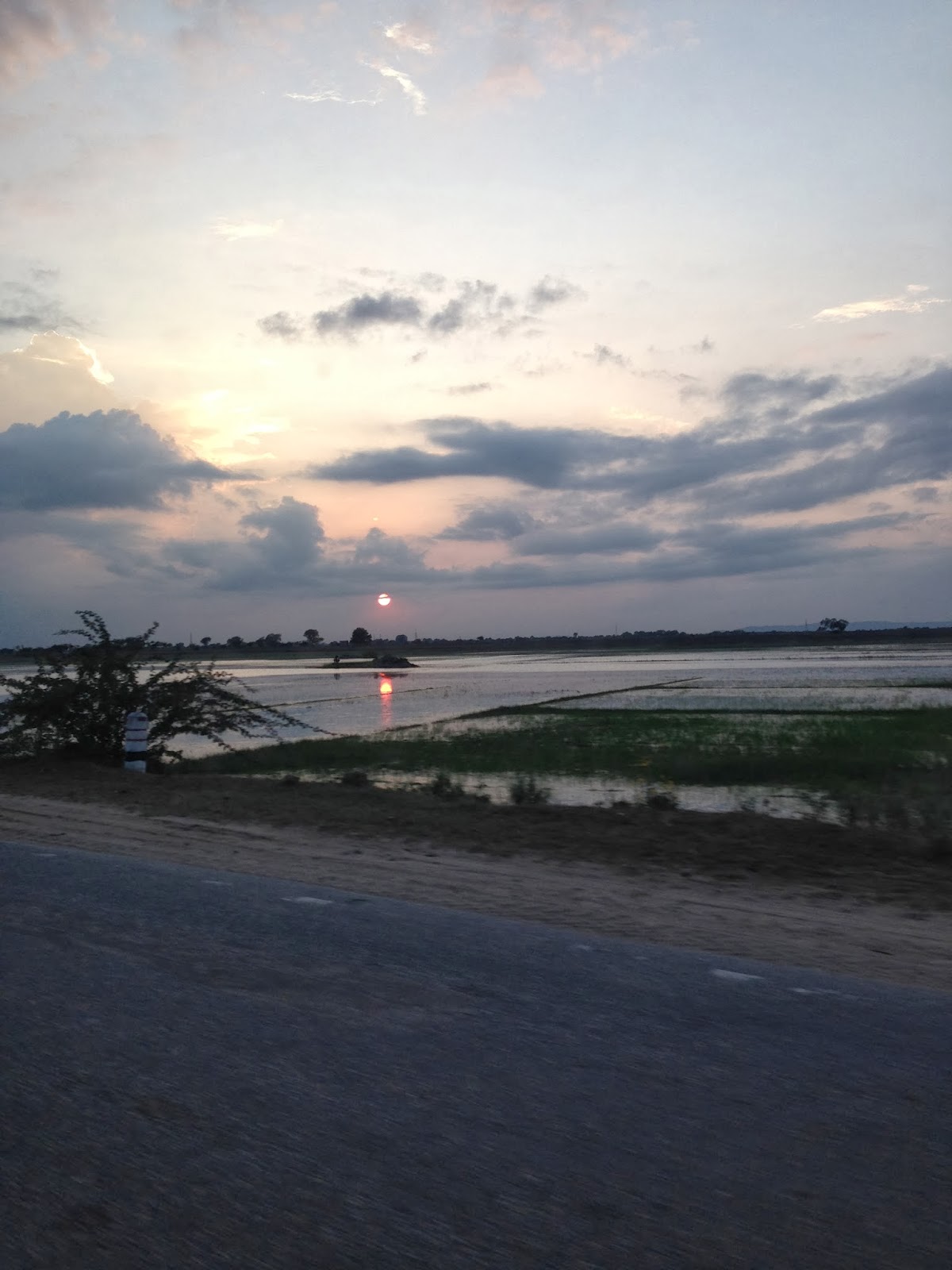 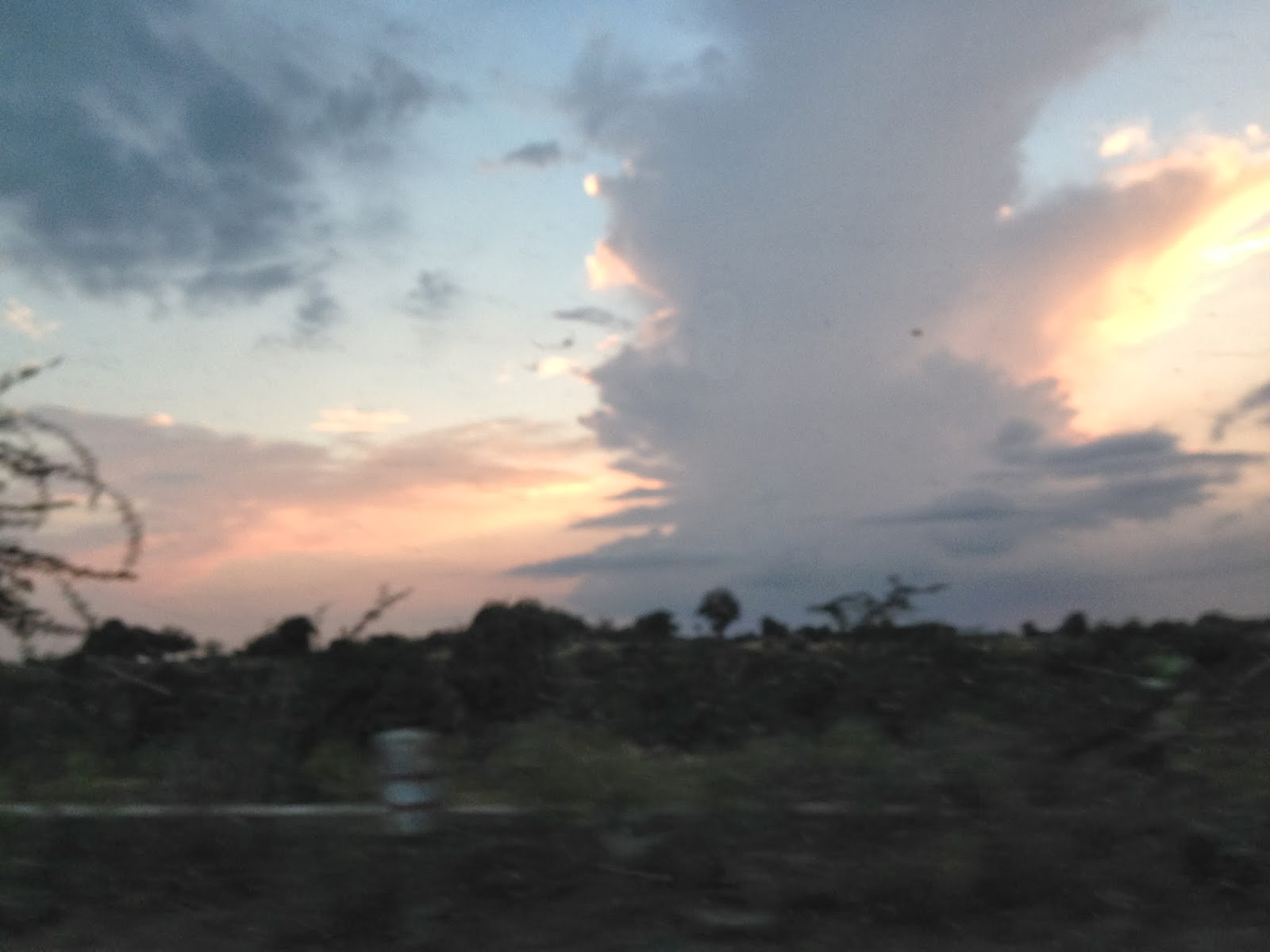 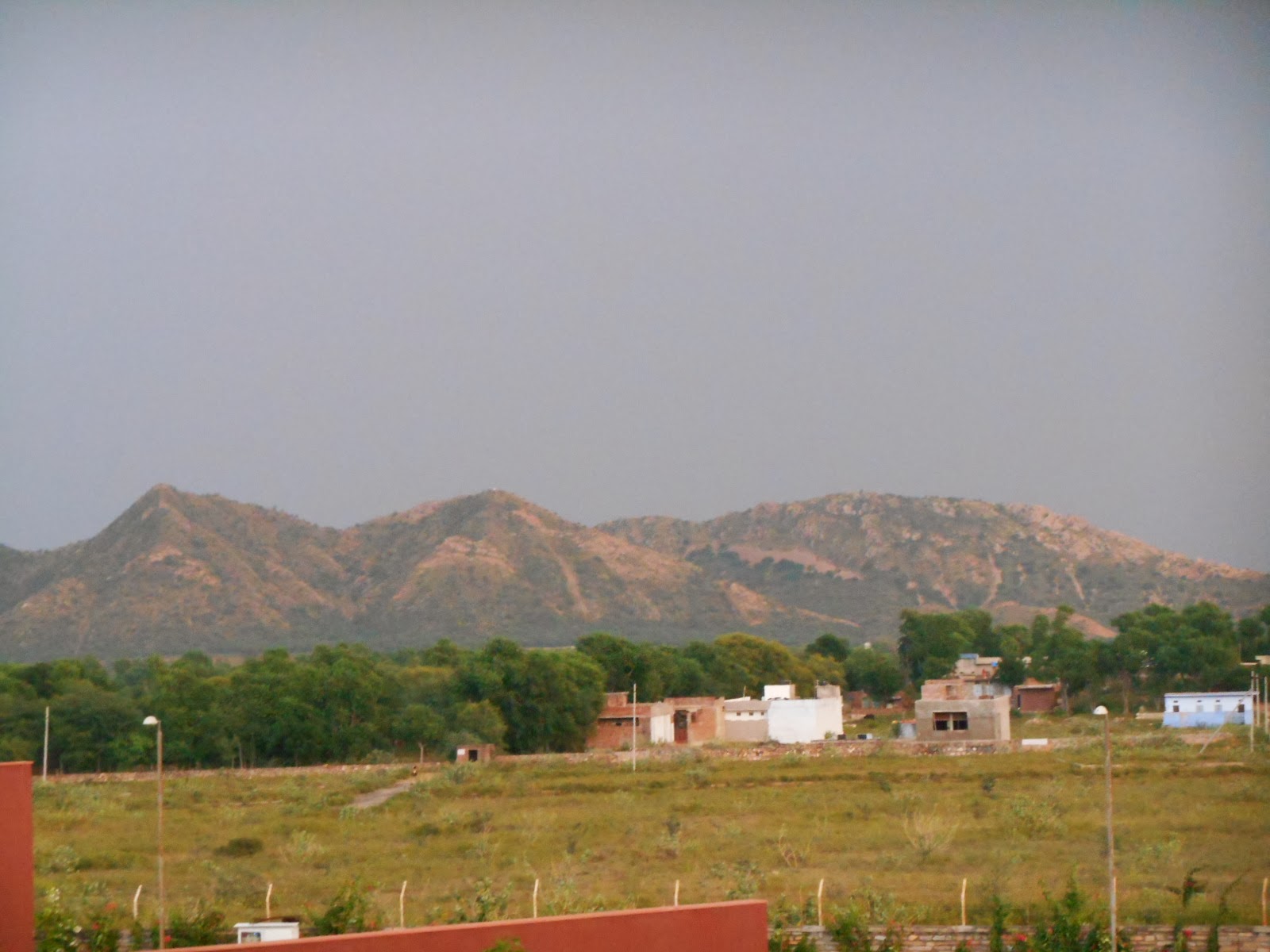 Along the way, we would stop at rest areas, similar to what we have in the U.S., with restaurants, vendors trying to sell European chocolate or cookies or soda, and more.

Some roads were better than others, but my motion sickness often would come back to me. Thankfully I often had medications to help with it, and I only got really sick once; I think one bumpy road was just too much for my motion sickness!

All in all, most of the roads were better than I thought they would be. And driving through the country and the cities gave me the opportunity to look about and see how people lived, to see what the countryside looked like, how the towns were organized and more.

*Some photos courtesy of Jenny Anders and Marissa Fitzgibbons.