The Day with the Elephants in India

Entering into the coldest weekend this winter, it seemed like a good time for me to look back to my trip in India and think of warmer days

One of the highlights of my trip to India was our elephant adventure. One of my friends had found an elephant sanctuary online, Elefun, near Jaipur, and we decided it would be fun to go there for the day to meet and ride elephants. 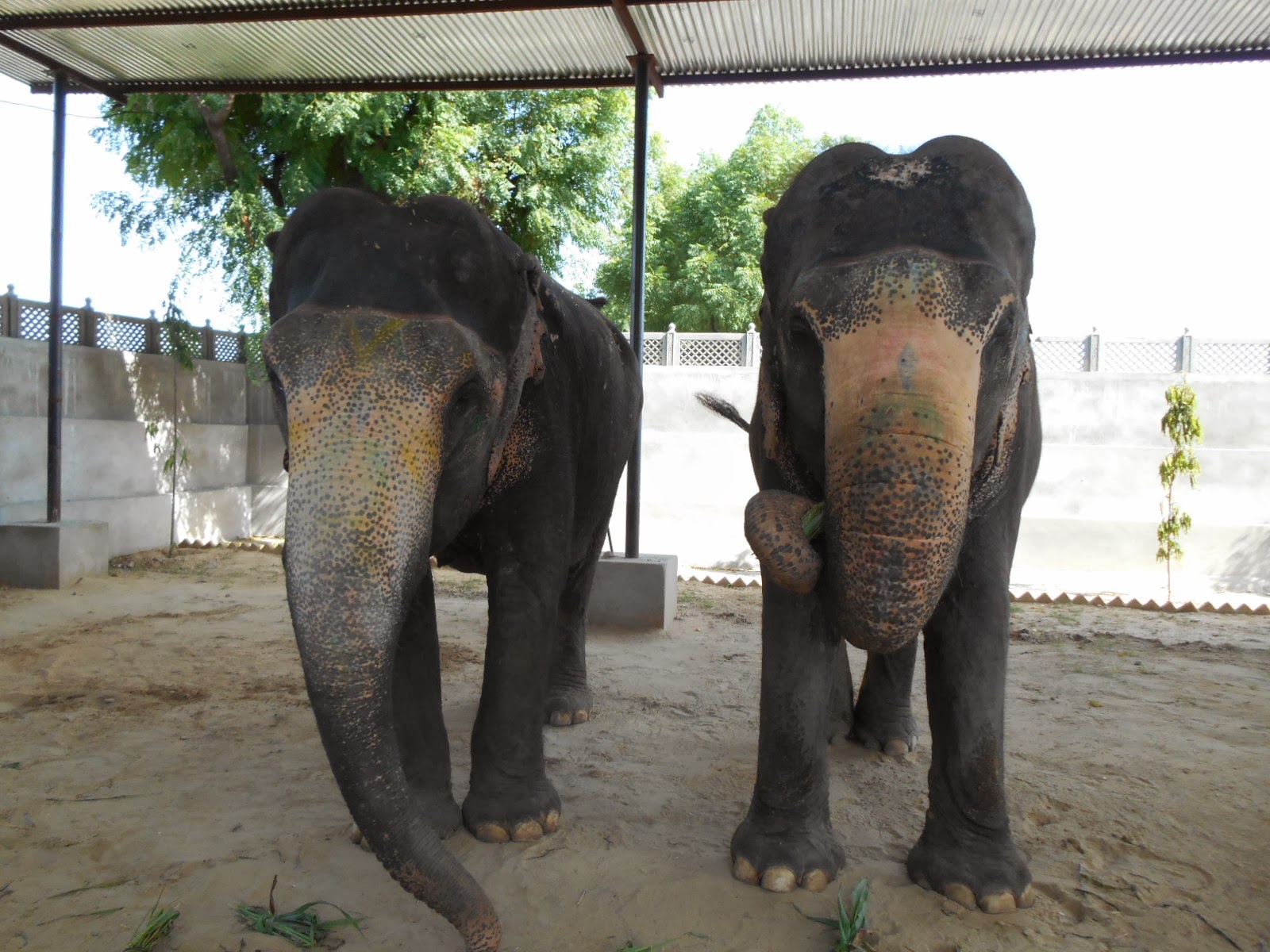 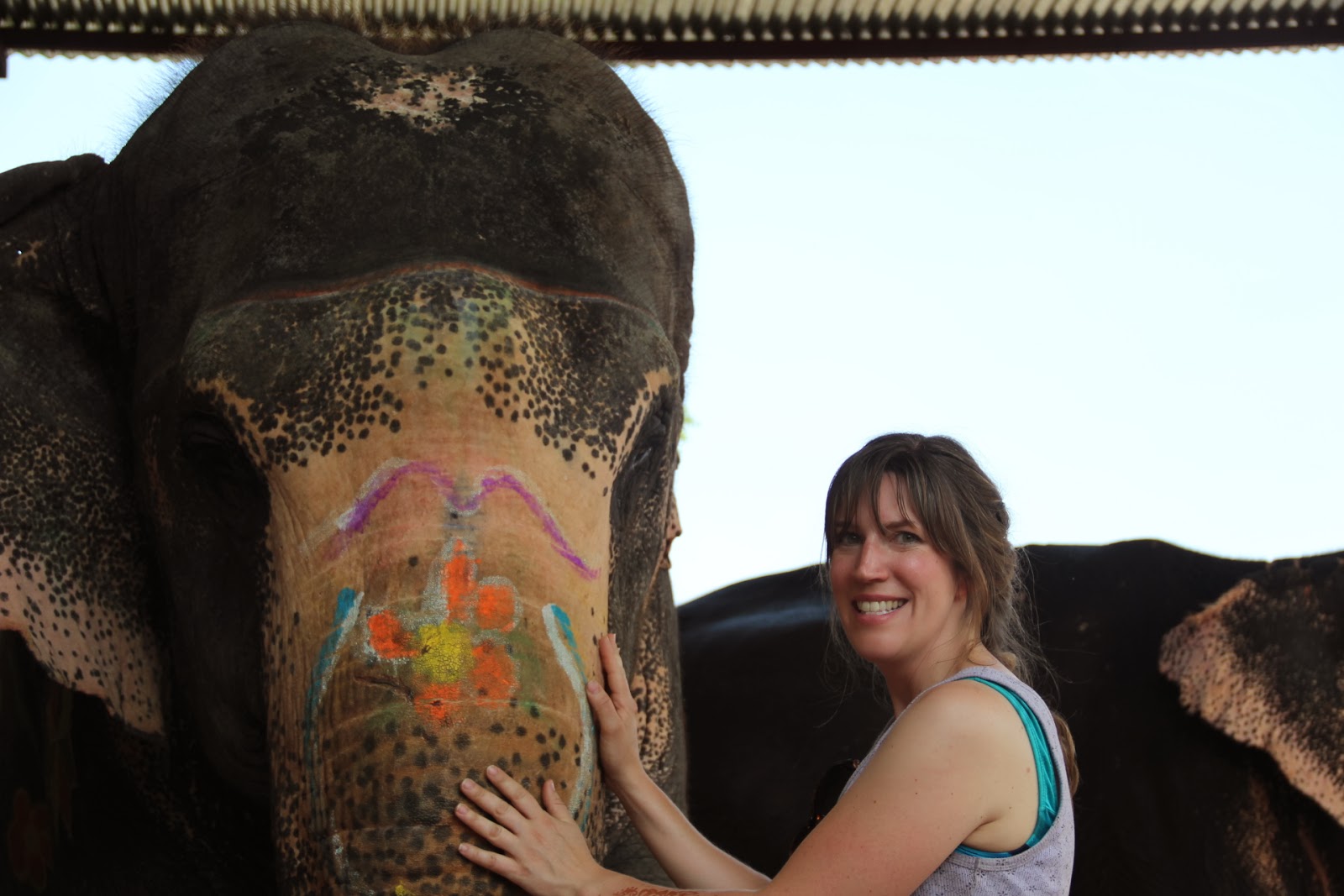 We arrived at the building where the elephants waited for us. Two elephants were there -- huge, massive, gentle giants. Their ears flapped in the breeze and tails waved, shifting weight from one foot to the other. They looked happy and relaxed, and they enjoyed all the attention! When we pet their trunks, they would look at us with their big eyes and just look content. 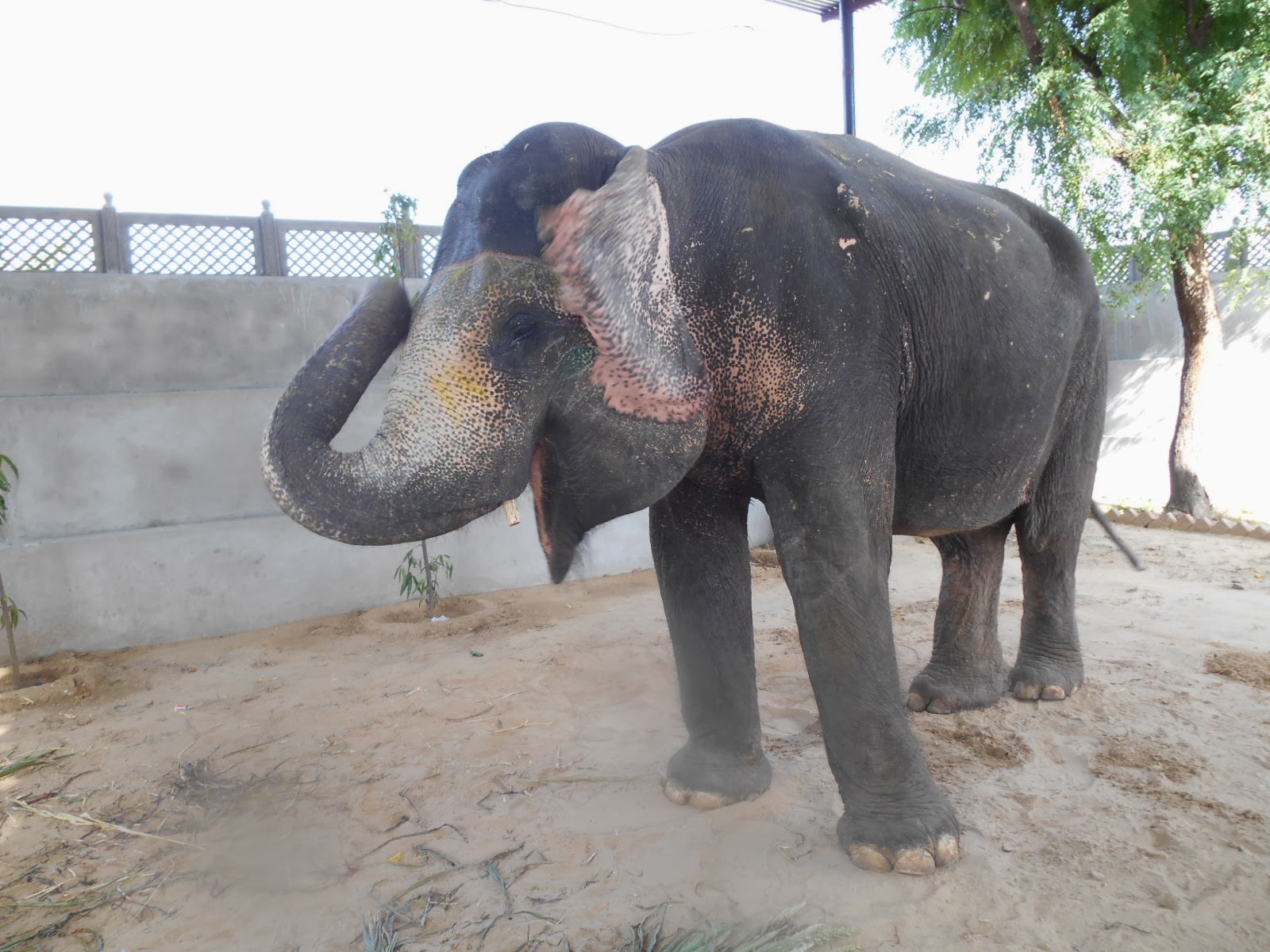 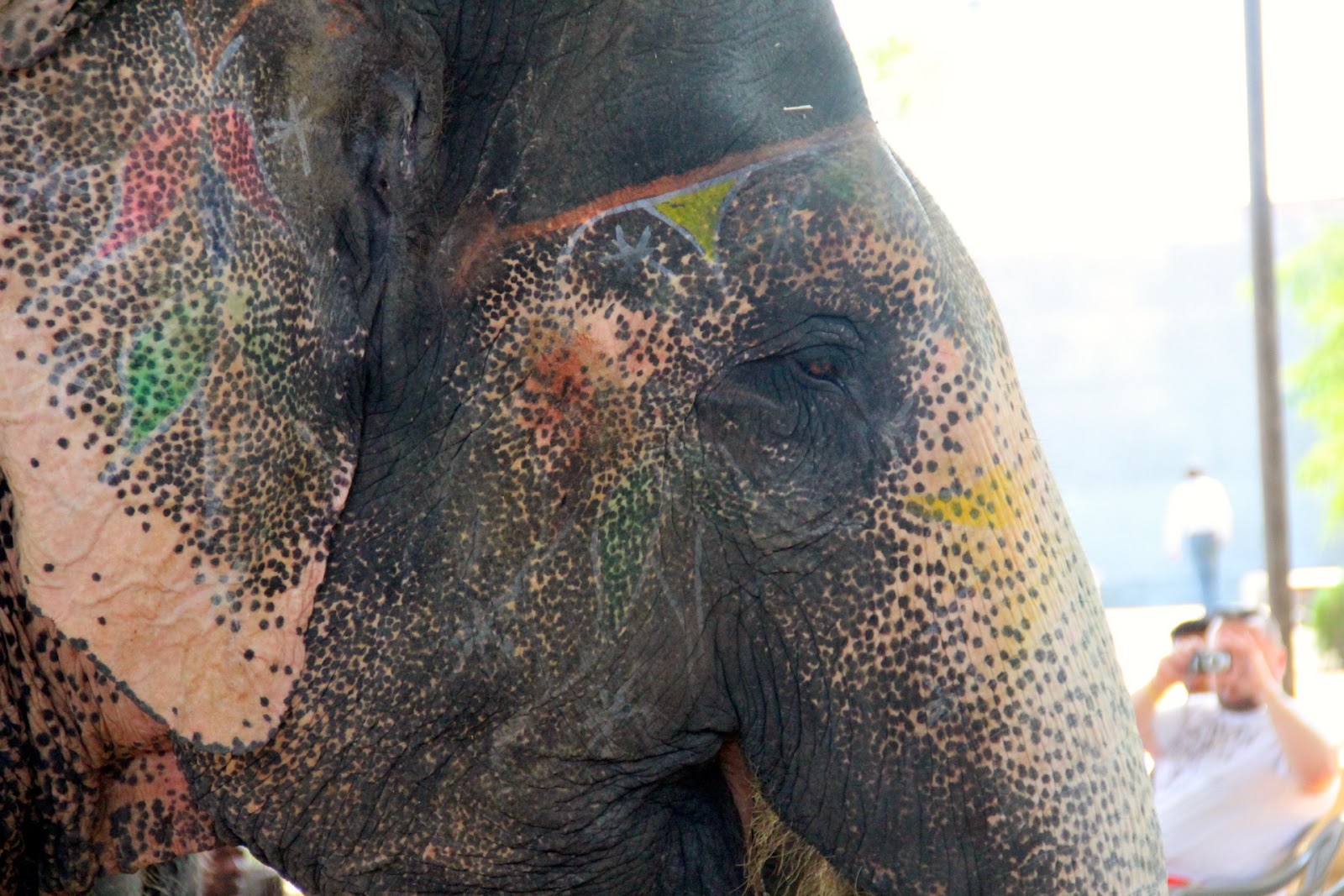 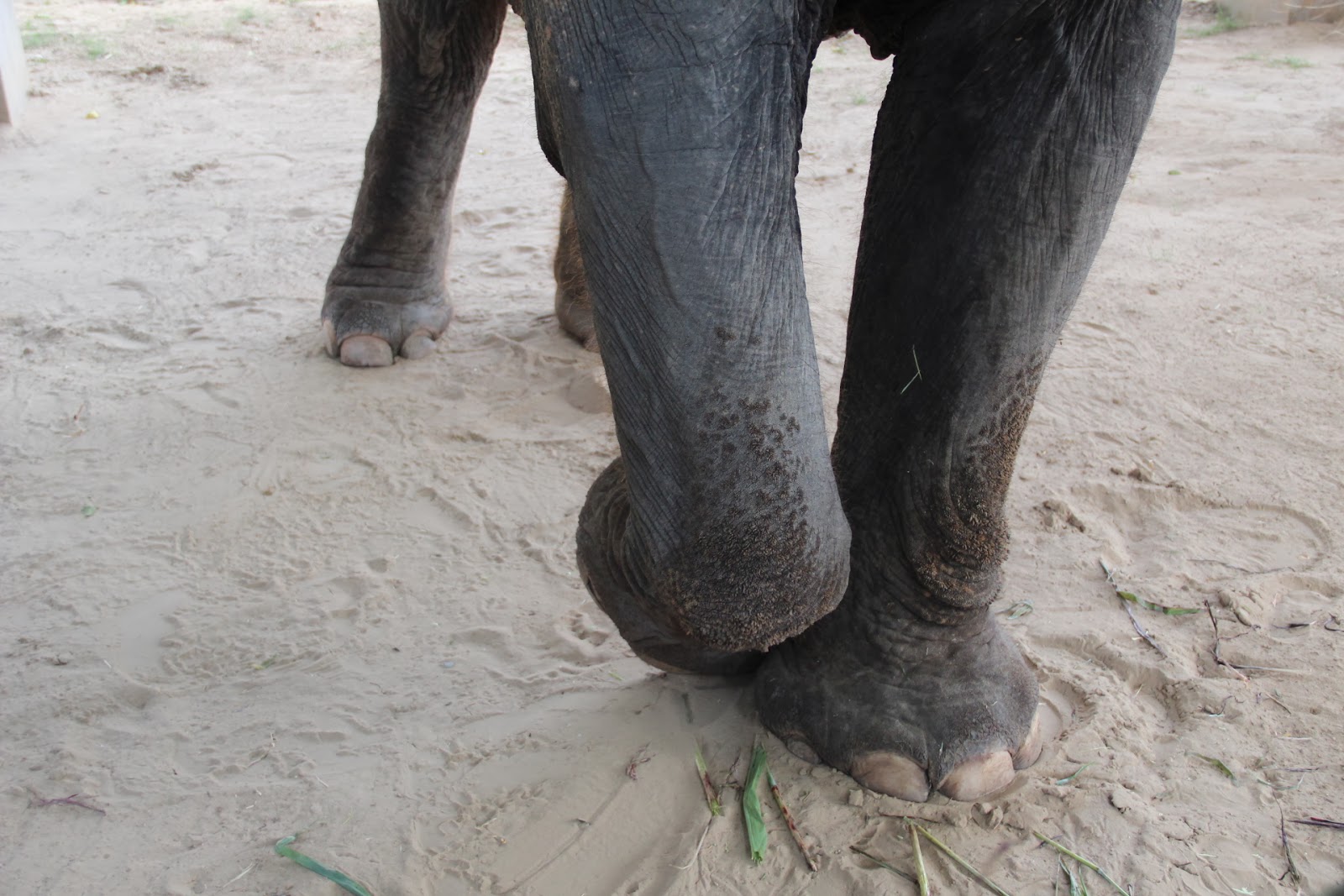 The team working there gave us elephants, sugarcane and bread to give to the elephants. The elephants grabbed the bundles of sugarcane with their trunk and rolled it into their trunk, and then stuck it into their large mouths. We fed them bananas- putting them right in their mouths, which were big enough to hold several mushy bananas and some sugarcane. A bag of bread could be gobbled in a couple mouthfuls. 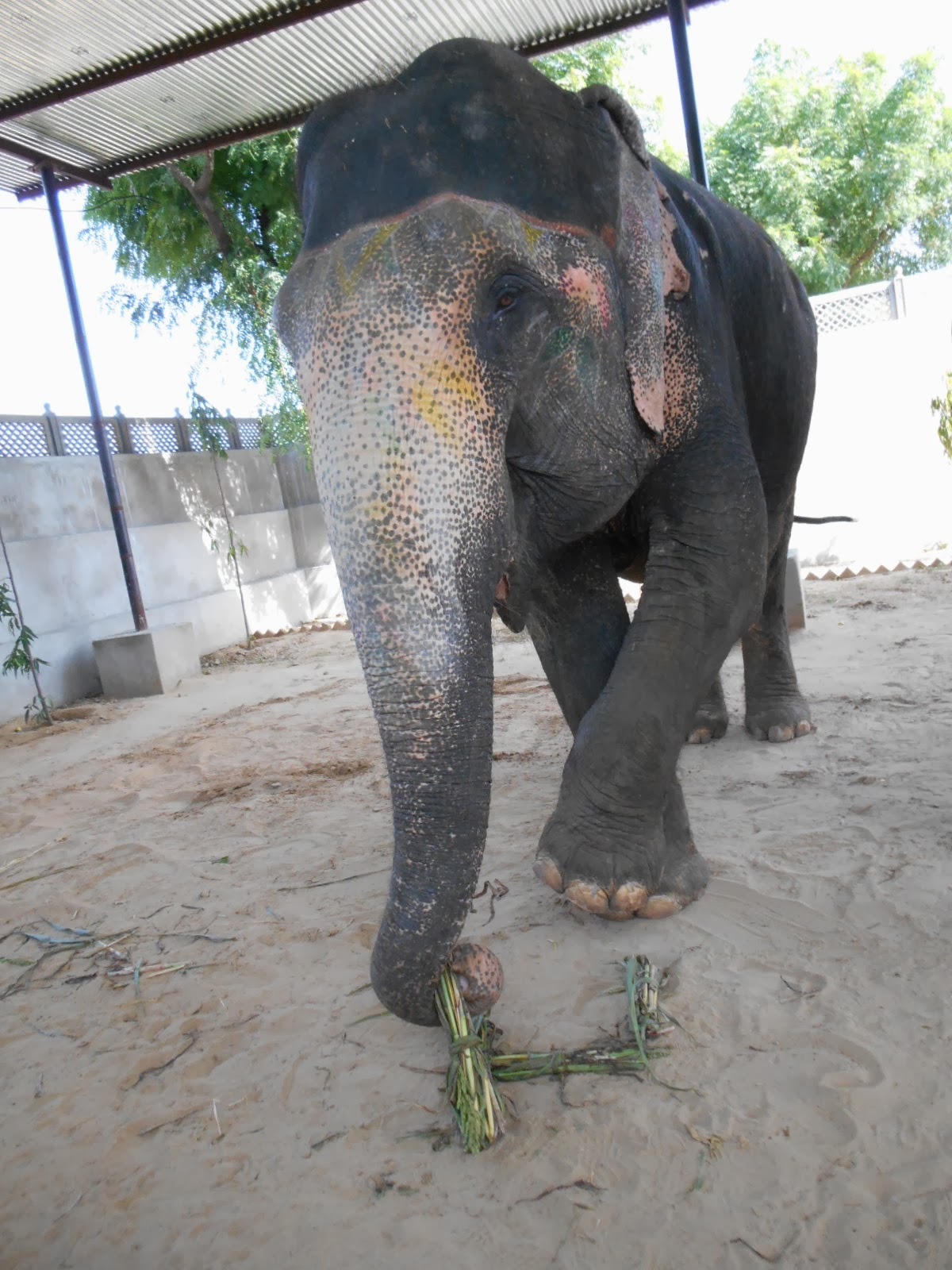 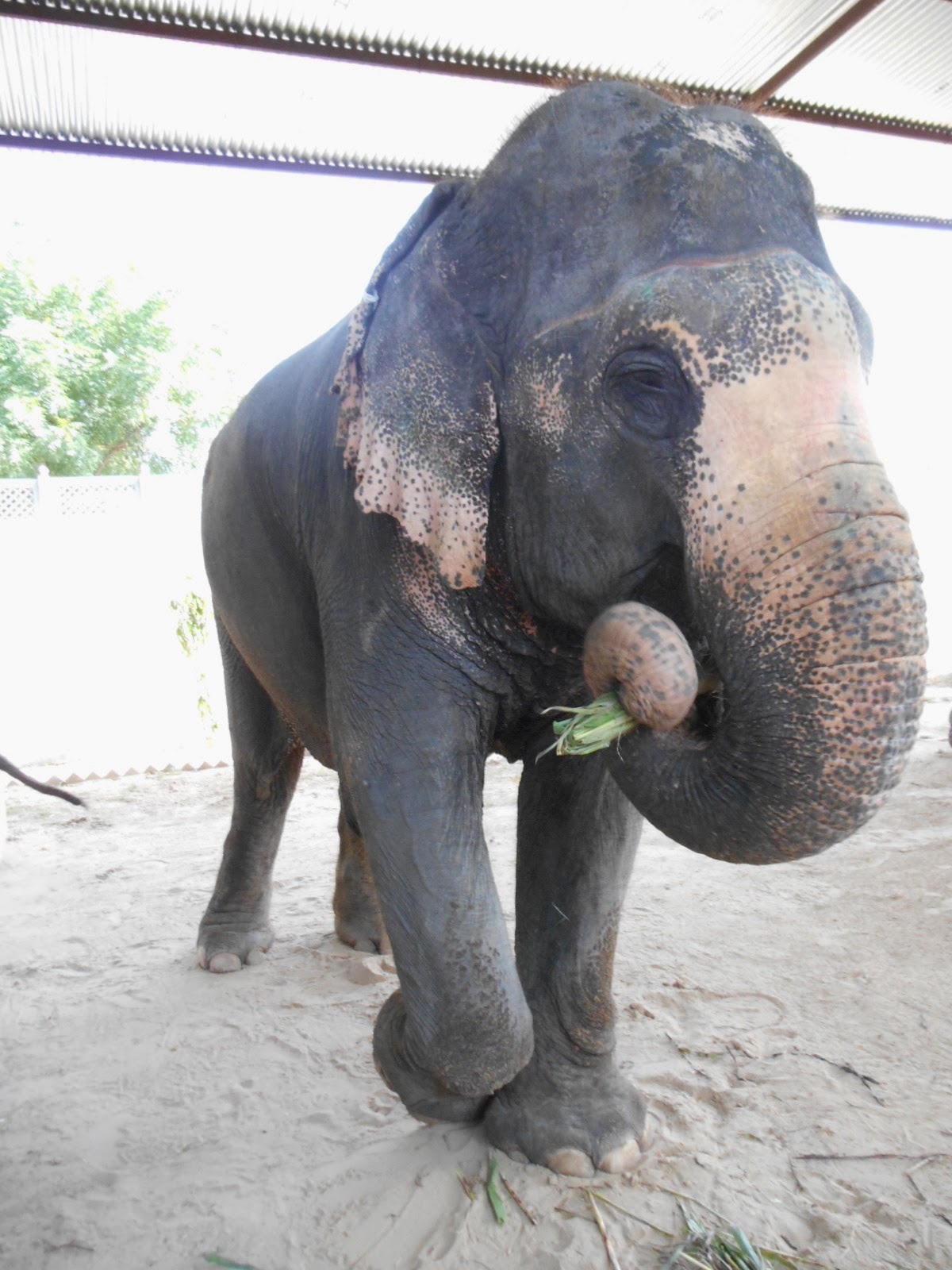 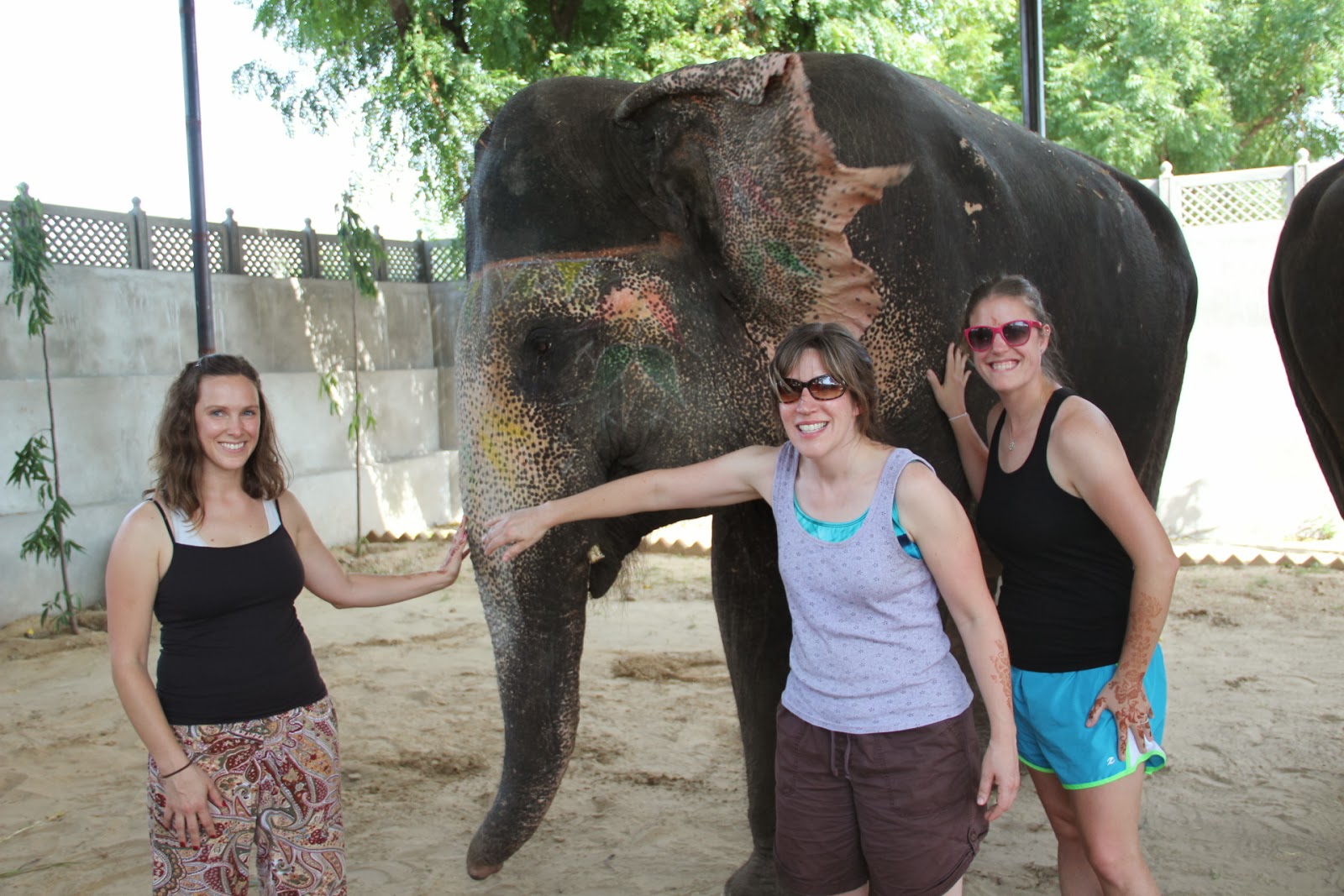 The team gave us several cups of paint with special brushes that we could use to paint designs on the elephants, which is commonly done in India. We could paint whatever we liked. I painted some flowers and vines on one elephant and one of my friends helped me. One of my friends drew a haunted house scene on the side of another elephant (we were there around Halloween). 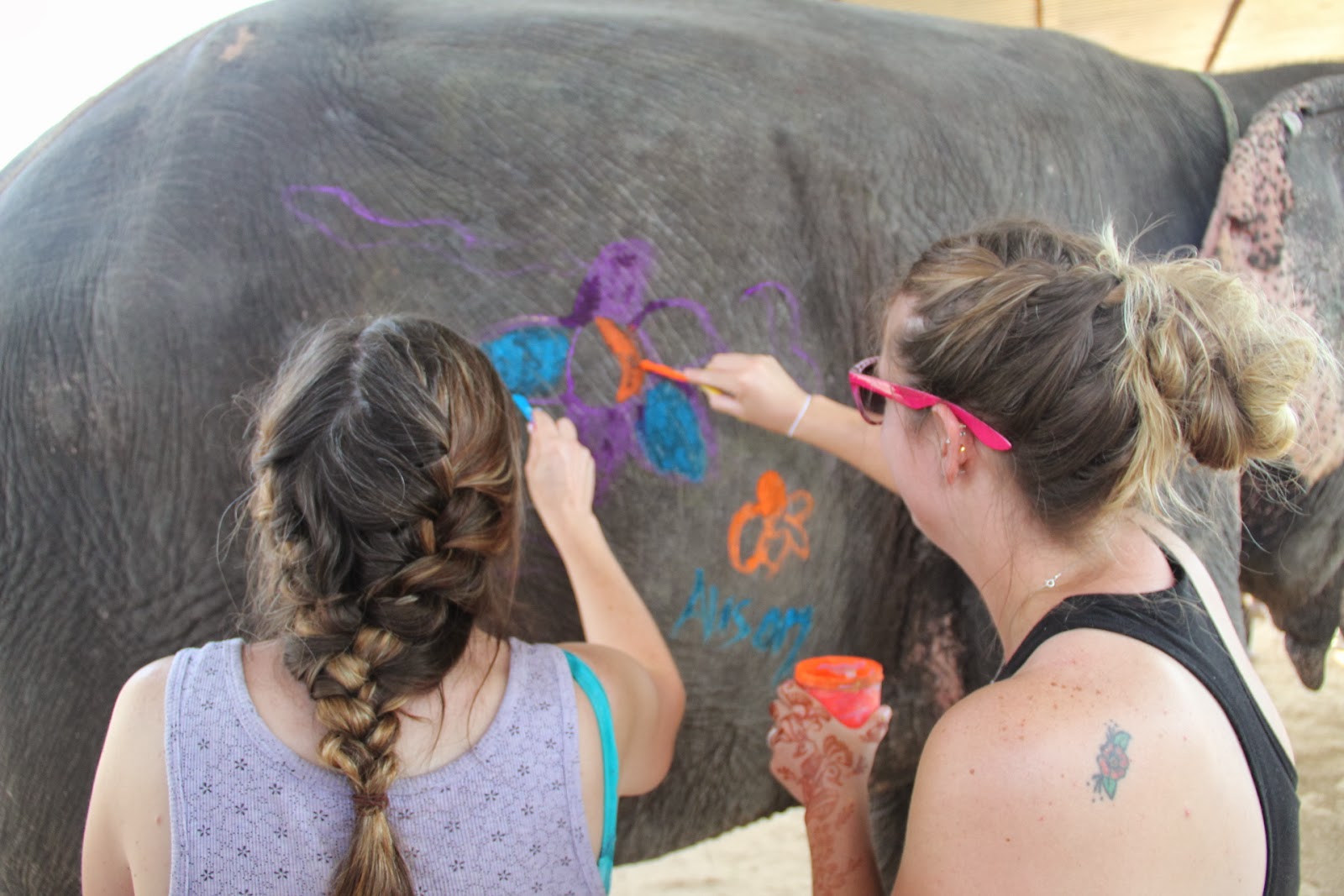 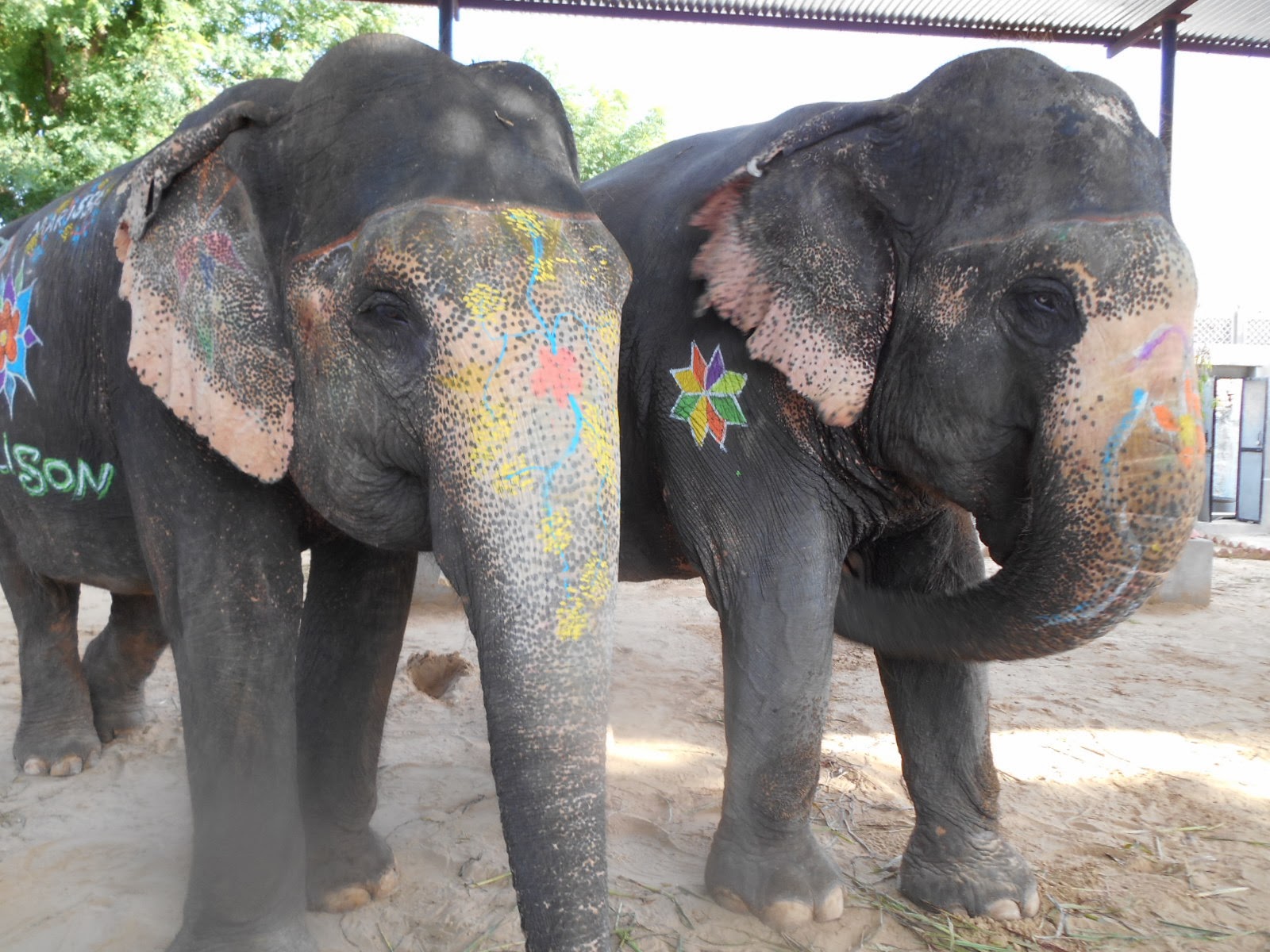 The guides for the elephants showed us how they climbed up an elephant’s trunk to sit on top of it. The elephant started lifting its trunk as the man grabbed the elephants' ears, placed his foot on the trunk, and then walked up the trunk and sat on the elephant.

Then the team wanted each of us to climb the elephant’s trunk to sit on top of it. One of my friends climbed right up. But then I tried, and kept falling and letting go of the elephants’ ears as the elephant moved her trunk, landing in the sand. So then I decided I’d rather climb on from the tall platform, which worked great. 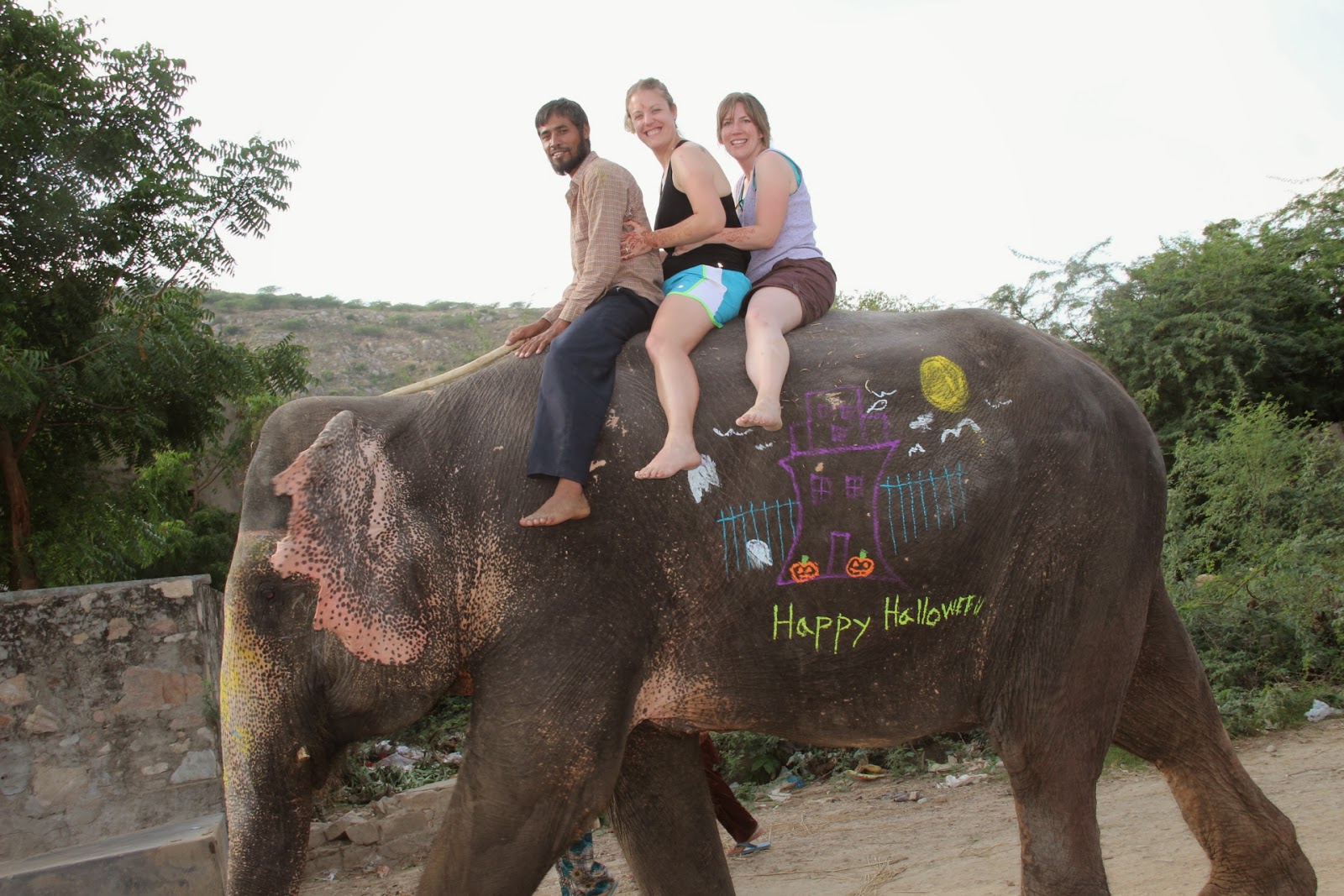 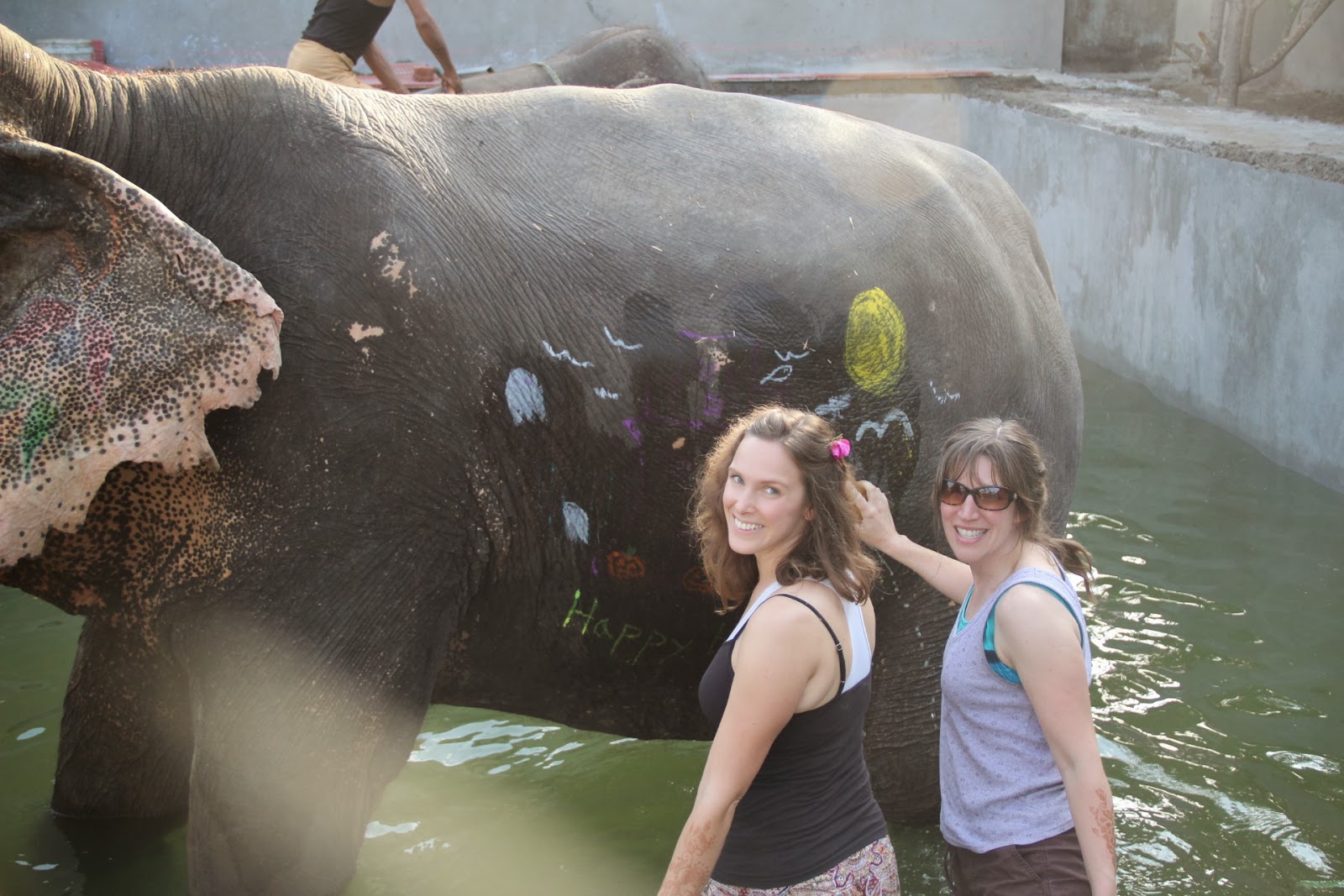 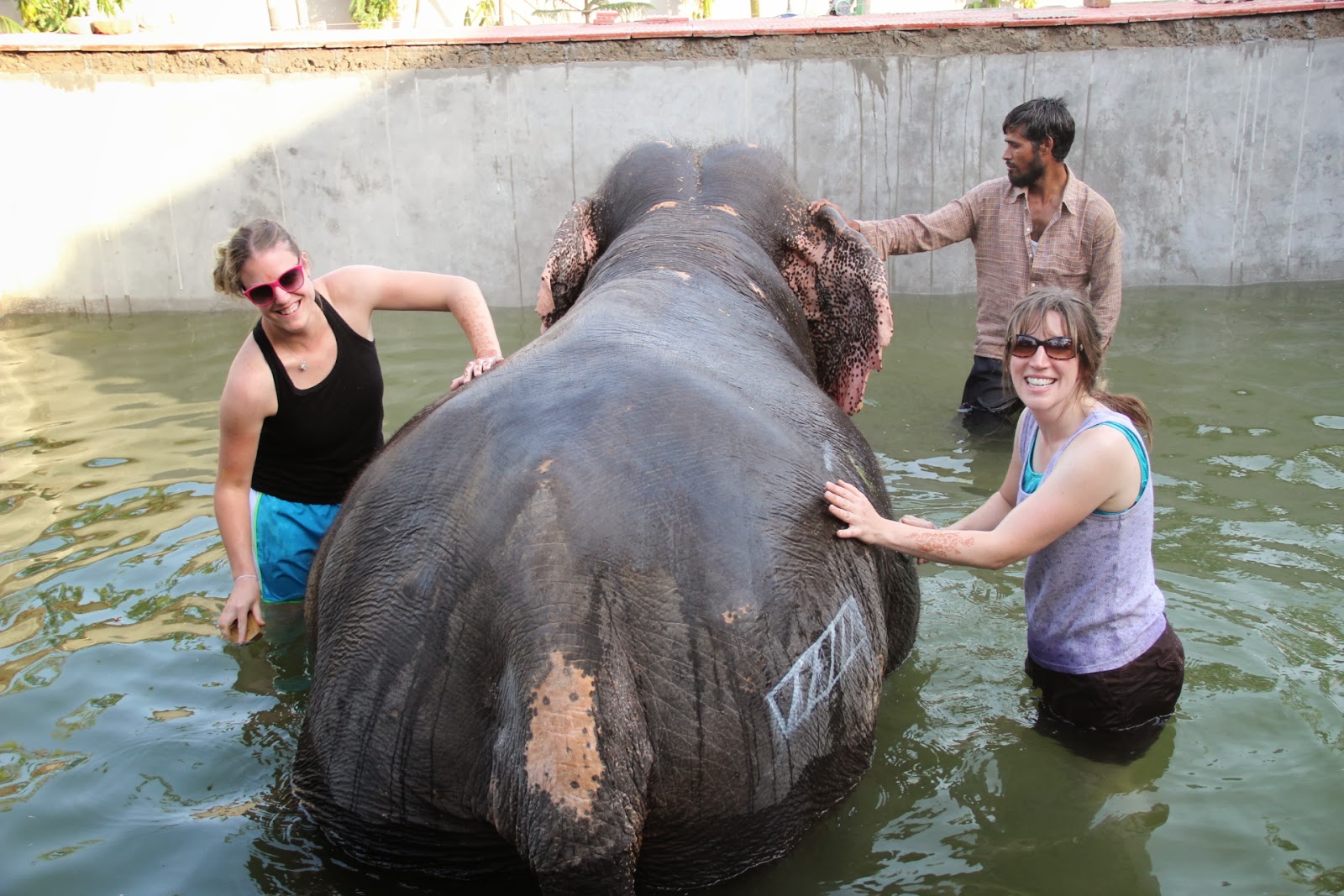 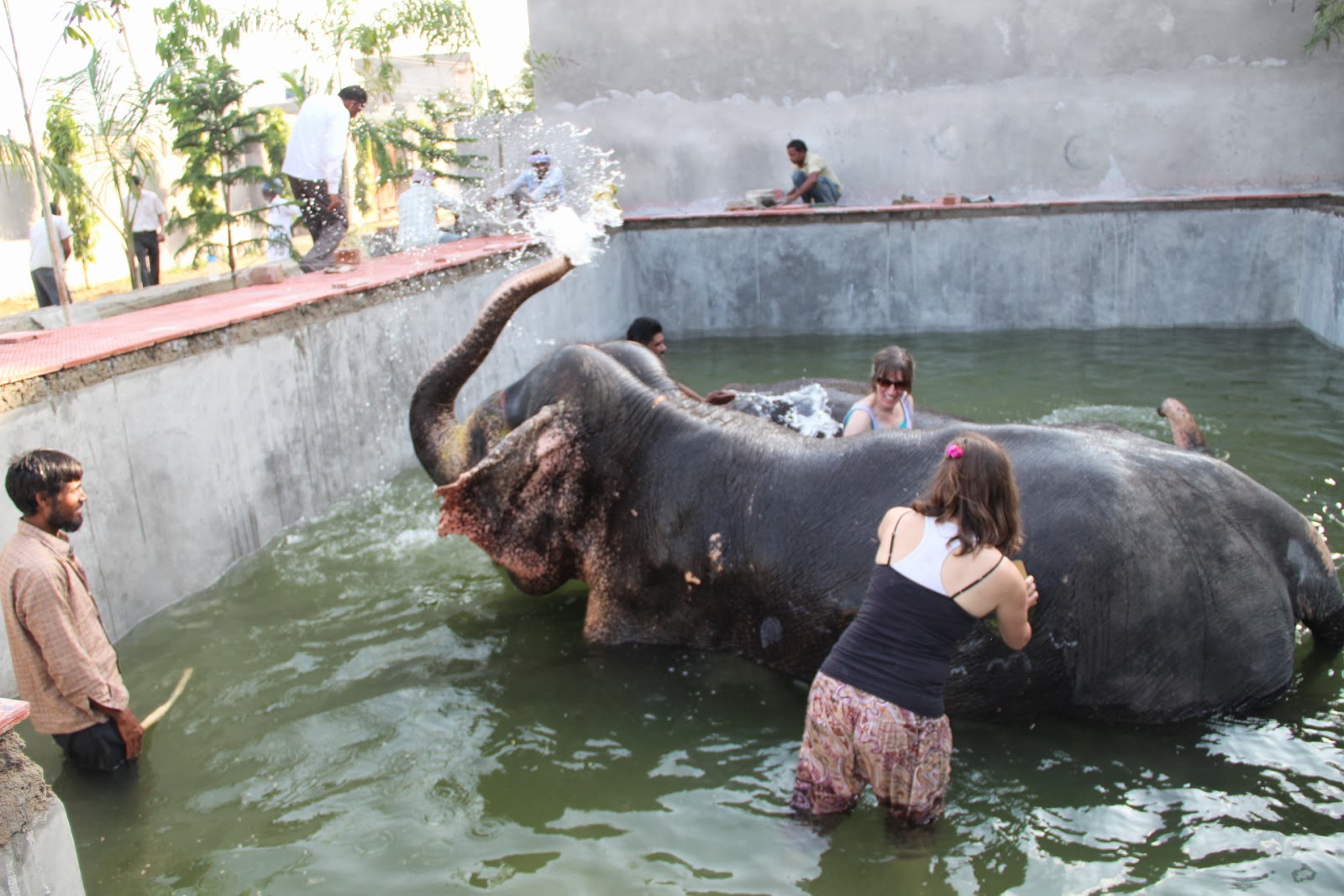 The elephant I was washing liked playing in the water. She would stick her trunk in the water and then spray her back, along with spraying me and my friend, with the water. We got soaked! But it was fun. 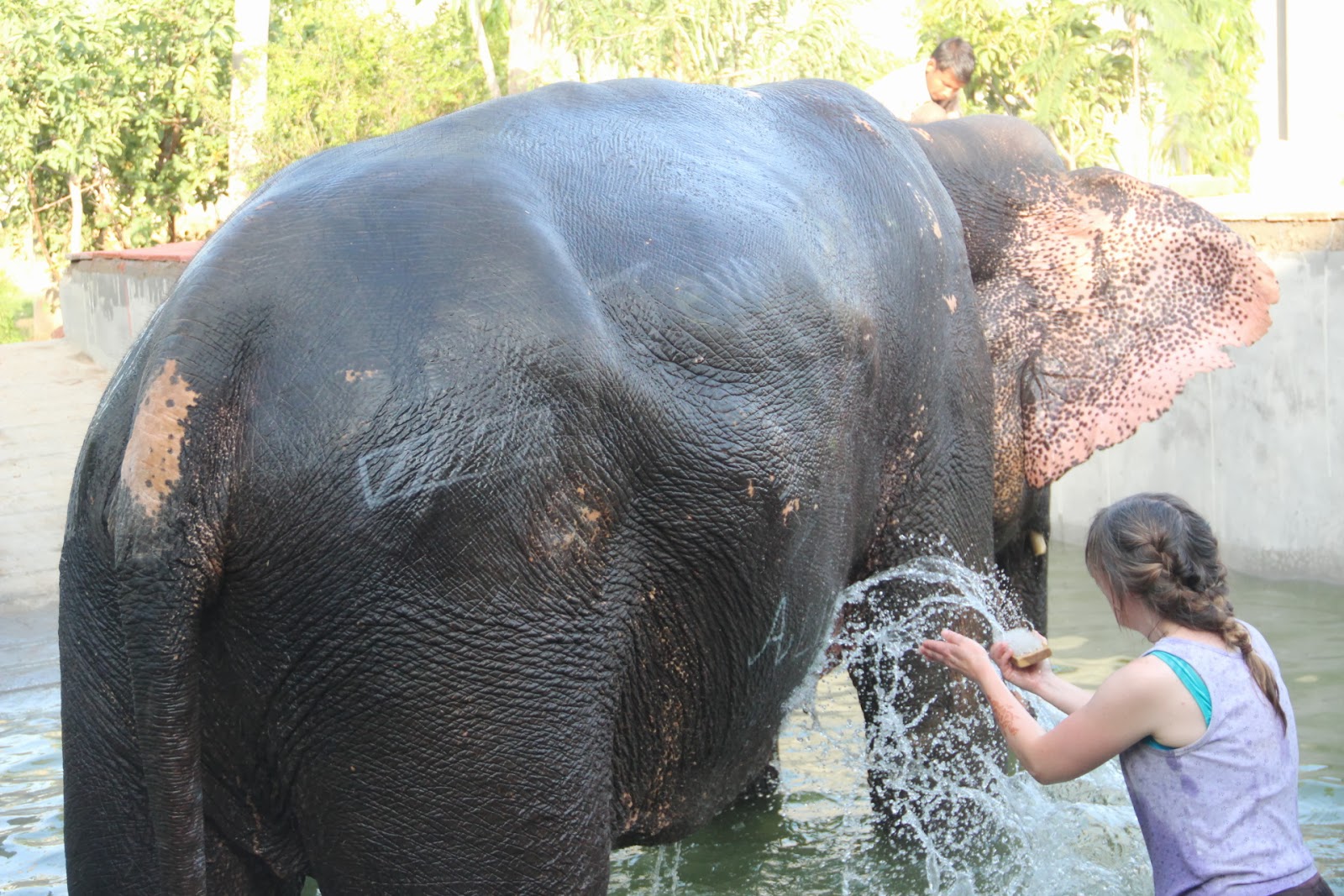 Later the host brought us to his family’s home for an Indian dinner, which was included in the option we had picked for our elephant adventure. It was a cool experience to have traditional Indian food in a local Indian’s home, and to experience their kindness and hospitality.

It was an exciting day, and very fun! Except for some bouts of motion sickness on my part (a relatively normal part of my life when traveling), it was a memorable and exciting day with the elephants.


*Some photos courtesy of Jenny Anders and Marissa Fitzgibbons.
Posted by Alison at 6:22 PM